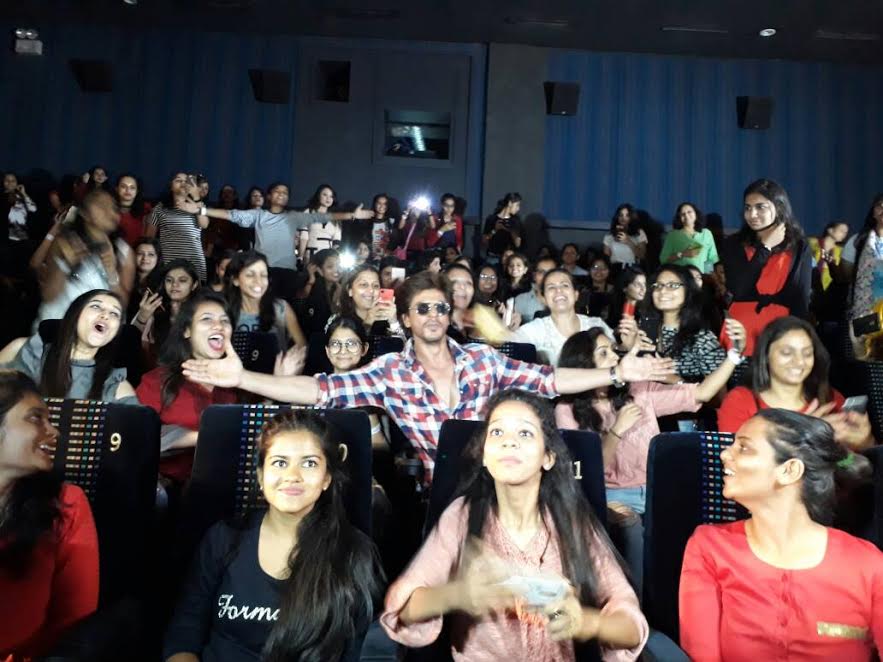 The makers of Jab Harry Met Sejal had initiated a contest led by SRK that would result in the actor visiting the city that resides majority Sejals.

More than 7000 Sejals across the country have reached out to Harry. SRK who had earlier declared that he will visit the city with maximum Sejals visited Ahmedabad on Wednesday keeping his word.

Shah Rukh not only greeted the Sejals but also stricked a pose with them as a tribute to their name Shah Rukh also showed the very first song from the film titled ‘Radha’ to the women.

Radha song made the girls smile and hum the song instantly. SRK has embarked on a nationwide hunt for Sejals.

Shah Rukh Khan and team ‘Jab Harry met Sejal’ have embarked on a promotional spree with a series of ‘mini trails’ from the film that highlight the personalities, complexities and dreams of Harry and Sejal.