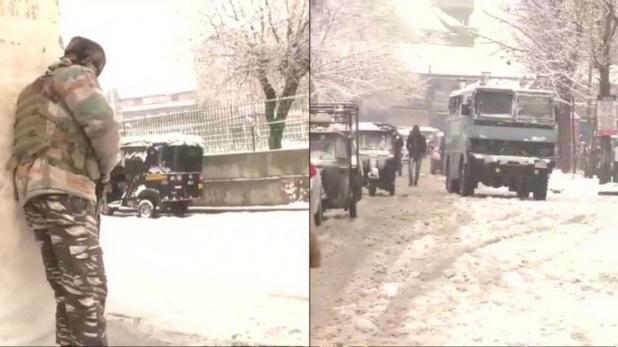 After an attack on the Sunjwan Army camp in Jammu, the terrorists tried to attack the CRPF headquarters of Srinagar on Monday morning. The CRPF has foiled this attack, now the task of killing the terrorists has begun. The CRPF's Quick Reaction Team (QRT) has started an encounter in Karan Nagar area. Both the terrorists have been found, firing continues on both sides. In the encounter, a CRPF soldier has died. Let us tell you that there is frequent snowfall in Srinagar, due to this there are also problems in the encounter.

Union Home Minister Rajnath Singh has convened a high-level meeting on internal security. The meeting will be held at 4 pm. In this meeting, there will be discussions on the terror attack in Sunjwan.

Home Minister Rajnath Singh, Home Secretary, IB Chief, including Raw Chief in the meeting Other officers of the Home Ministry will also be involved.