Sports events to spread the message to vote 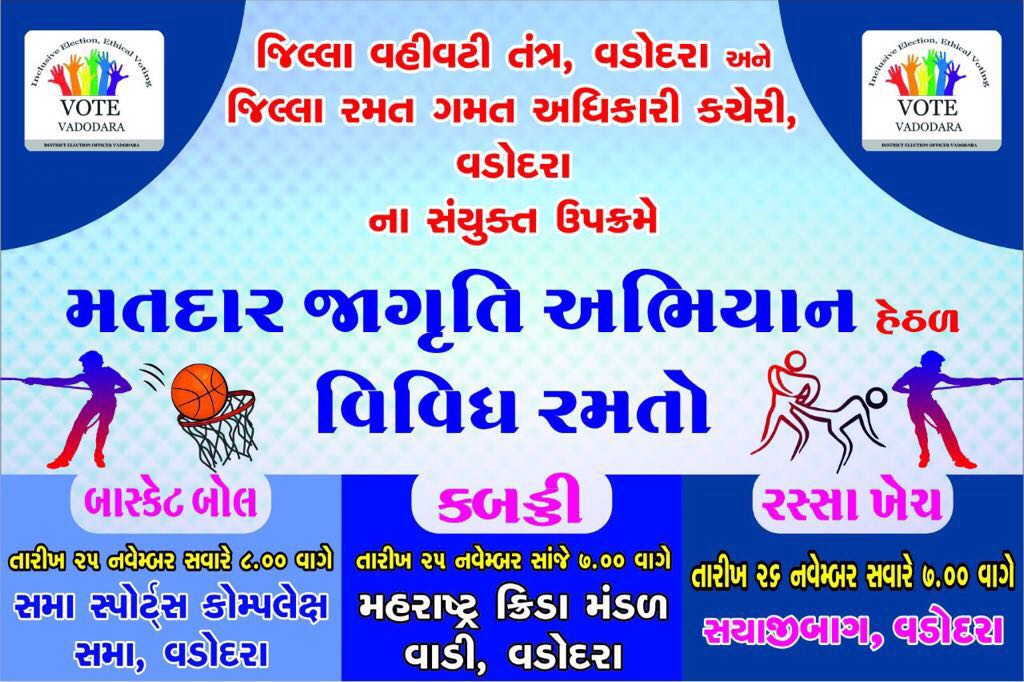 Vadodara district administration is taking every step to reach the target of 100% voting this time in the city and district. They are appealing the people to vote as it is their constitutional right. On Saturday they organise a unique sporting event to spread the awareness of voting among the players and the people watching the game.

Vadodara will go for voting on 14th December and the district administration is organising various programmes to aware the people for using their voting rights in the upcoming elections. On Saturday they organise a unique sporting event of Basketball to spread the message to the players as well as the people came to watch the game.

"It's the time to celebrate the democracy and as part of the programmes we organise three games Baskeball, Kabaddi and Tug of War for voting awareness. Every game has the sportsman spirit and no matter you win or lose but the thing is to play. Just like that we appeal the people to don't think who succeed or not but use your voting right for sure," said Dr. Sudhir Joshi on behalf of team DEO, DOS and SVEEP Vadodara.

Total 12 teams including two girls team take part in the unique tournament played inside Sama Indoor Stadium in Vadodara. The players took the pledge to vote and give the positive message to the others to have the sportsman spirit and vote for better future.

The other two games Kabaddi and Tug of War will be played on Saturday evening and Sunday morning.