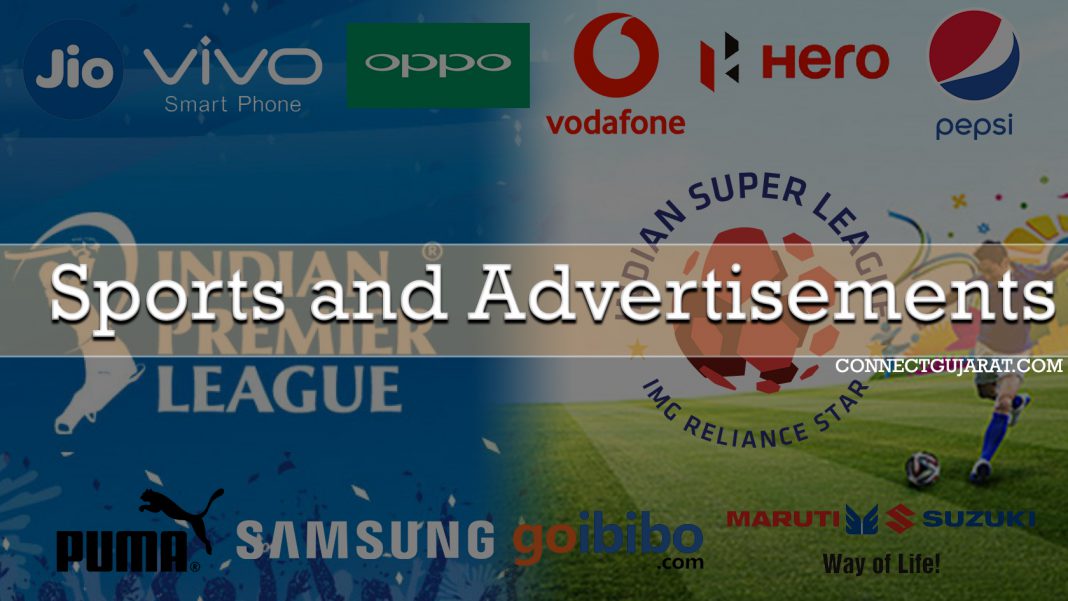 Sports are played after a long-tired day in one’s free time. This is no longer just the idea of sports. It has become long time since sports have become grounds for businesses and breeding zones for lakhs and lakhs of money. Certain examples are using which one could easily ascertain the fact that sports and advertisements go hand in hand.

The recent Indian Premier League matches and the Indian Super League matches prove that the players are no longer stars within the field but outside the field too. Apart from the cricket stars being signed up for various brand endorsements for which they are paid heavily; one cannot neglect the huge amount of money that is pooled in by the companies who want to telecast the ads between the matches.

Both the Indian Premier League and Indian Super League have their own set of audience. In fact, the audience is not limited to the Indian diaspora but also includes the world audience due to the inclusion of players from all over the world. It is stated that crores and crores of money arebeing charged for the telecasting of ads in between the matches.

Digital entry and the other forms of advertisements

People love watching matches in stadiums and those who are not able to make it to the stadiums, watch it on TV. These days, the digital platforms are making way into everyone’s life that enables them to even watch the matches on their mobile phones or laptops by accessing their website and their applications. The companies which buy these digital rights pay a lot as they could advertise their products for free in their websites or the applications as the consumers are made to watch the ads when they use the website or the application at free of cost. Auctions are conducted as to whom the digital rights of the match are to be given.

Not just during the match season

The companies do not earn out of ads in the match seasons alone. The players when they associate themselves with a team that is majorly sponsored by some of the biggest players in the market are asked to advertise the product of the company.

The IPL and ISL are taken as examples to explain the statement. It is the same style that is followed all over the world. Thus, one can vouch that sports and advertisements go hand in hand.