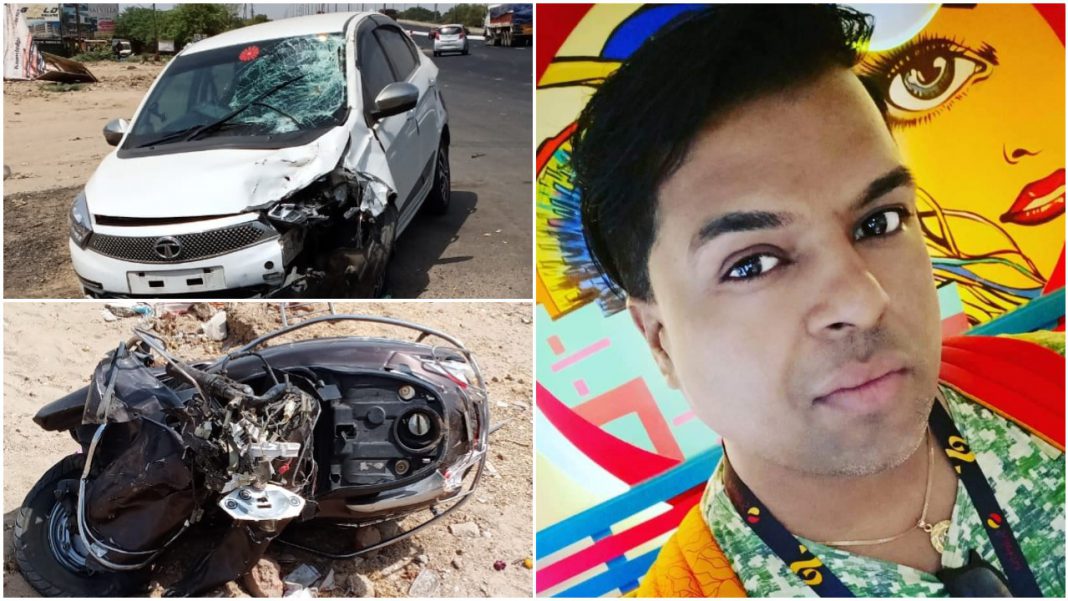 Knocked him down from front

A rashly driven car knocked down a two wheeler rider in Vadodara near Legend hotel at Tarsali bypass. The youth died due to the impact after falling on the ground with a thud. The family is in shock as he was the only brother between three sisters.
As per details the youth Bhavesh Parmar lives in Panchvati society at Tarsali along with his family and was passing from near Legend hotel when a speeding car knocked him from front. The impact was such as he flew on the air and fell on the ground with a thud and received fatal injuries on his body.
Makarpura police reached the spot and after identification send the body to SSG for postmortem. They registered the case and hunt is on to trace the accused car driver.