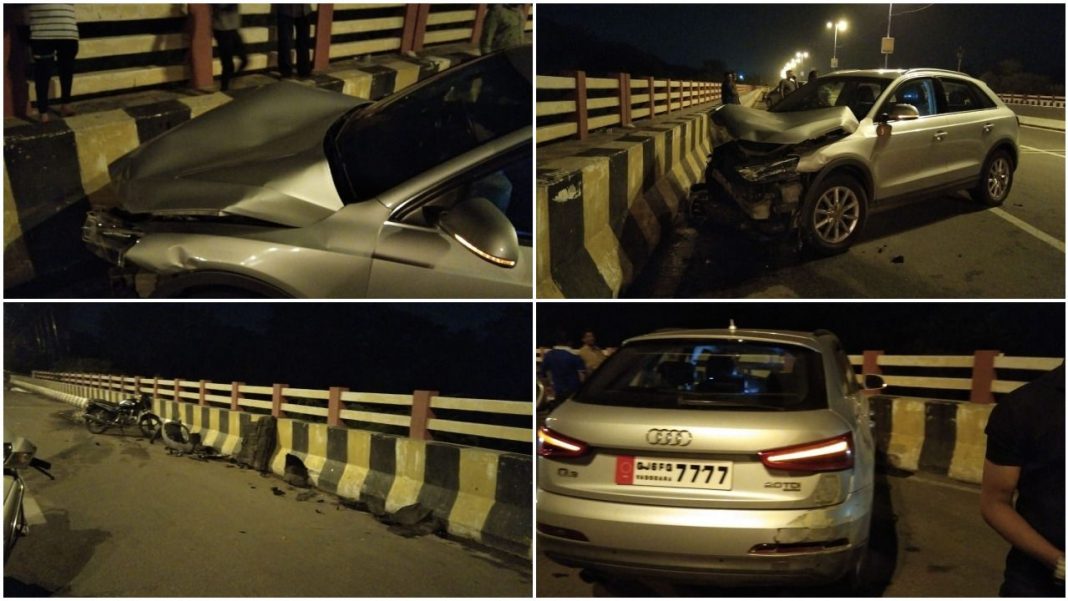 A speeding Audi Q3 dashed into the divider on Akota Dandia Bazaar bridge while saving a bike rider in Vadodara. The incident happened around midnight after the implementation of speed limit inside city area by the traffic police. The car driver received minor injuries in the accident.

The city implemented the speed limit rules from Monday restricting the speed of vehicles inside the city area. The team caught drivers overspeeding their vehicles with the help of laser speed guns and collected fines from them on the very first day.

However the speeding Audi Q3 seems to be in no mood to obey the rules and driving at nearly 100kmph from Akota Dandia bridge and suddenly lost control of the steering and dashed the divider. The impact was such that the front side of the car was badly damaged and safety airbags of the driver side also opened.

The driver of the car received minor injuries and as per sources fled from the spot left behind the car. The locals said the accident happened after the car driver tried to save a bike rider and met with the accident.