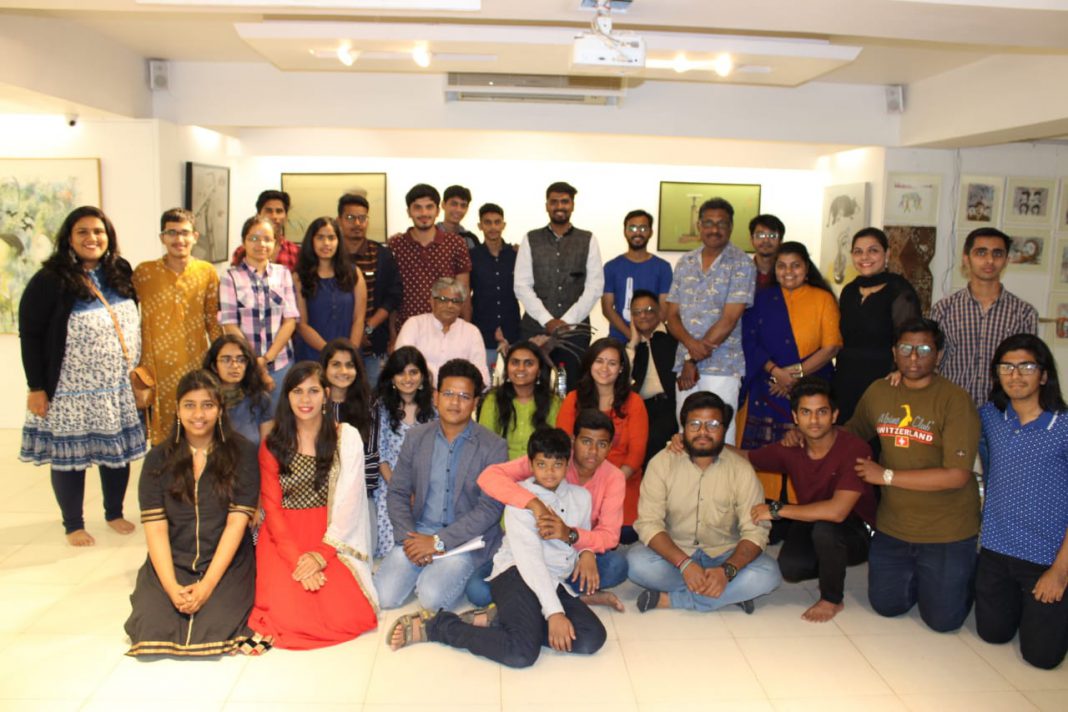 Participants showcase their talents through monologues

On valentine’s day, “A Date With Theatre” held a special valentine’s event for the 10th session. Those regular participants who were ‘In love with theatre’ from the beginning of ‘A Datte With Theatre’ season, were given a platform to showcase their talents through acting out monologues in front of Vadodara at Sarjan Art Gallery.

The session begun with the veteran actor and highly known for the movie ‘Polam Pol’, Sanat Vyas. From sharing experiences on his theatre career to taking the audience in the era where designations in film industry were not defined and still an actor used to do what he had to do, Vyas connected with theatre aspirants in every aspect.

Next session of “A Date With Theatre” is with the very famous actor from the movies Mere Yaar Ki Shaadi Hai, Maan Gaye Mughall-E-Azam and Ashok Chakra: Tribute to Real Heroes, Mehul Buch on next Thursday.