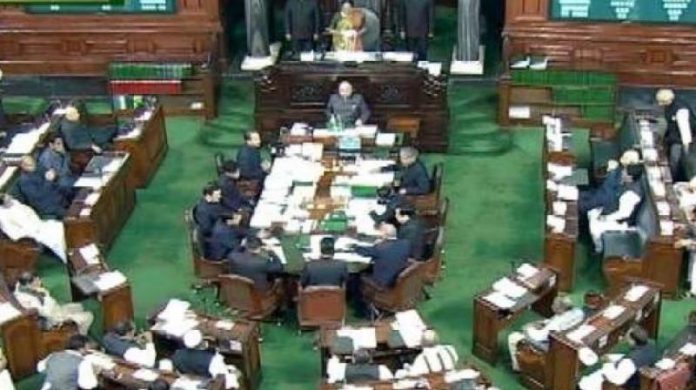 Lok Sabha Speaker Sumitra Mahajan on Thursday rejected a notice by the AIADMK on Tamil Nadu Governor C.V. Rao asking to expedite the swearing in of General Secretary V.K. Sasikala as Chief Minister.

Soon after the Question Hour ended, Mahajan said she had received a notice of adjournment from AIADMK leader P. Venugopal.

“The notice is regarding the conduct of the Governor. This can’t be discussed in the house. So I can’t allow,” Mahajan said, disallowing other notices of adjournment given by opposition members as well.

Maharashtra Governor Rao, who holds the additional charge of Tamil Nadu, is under attack from Sasikala supporters for apparently avoiding Chennai amid the political turmoil in Tamil Nadu.

Earlier, the AIADMK members created a ruckus, demanding an early swearing in of Sasikala.

Soon after the house met, the AIADMK members trooped near the Speaker’s podium shouting slogans like “Save democracy in Tamil Nadu”.

Venugopal wanted to speak from his seat but Mahajan ignored him and called for Question Hour to begin.

After a few minutes, Mahajan adjourned the house till 11.30 a.m amid the din.