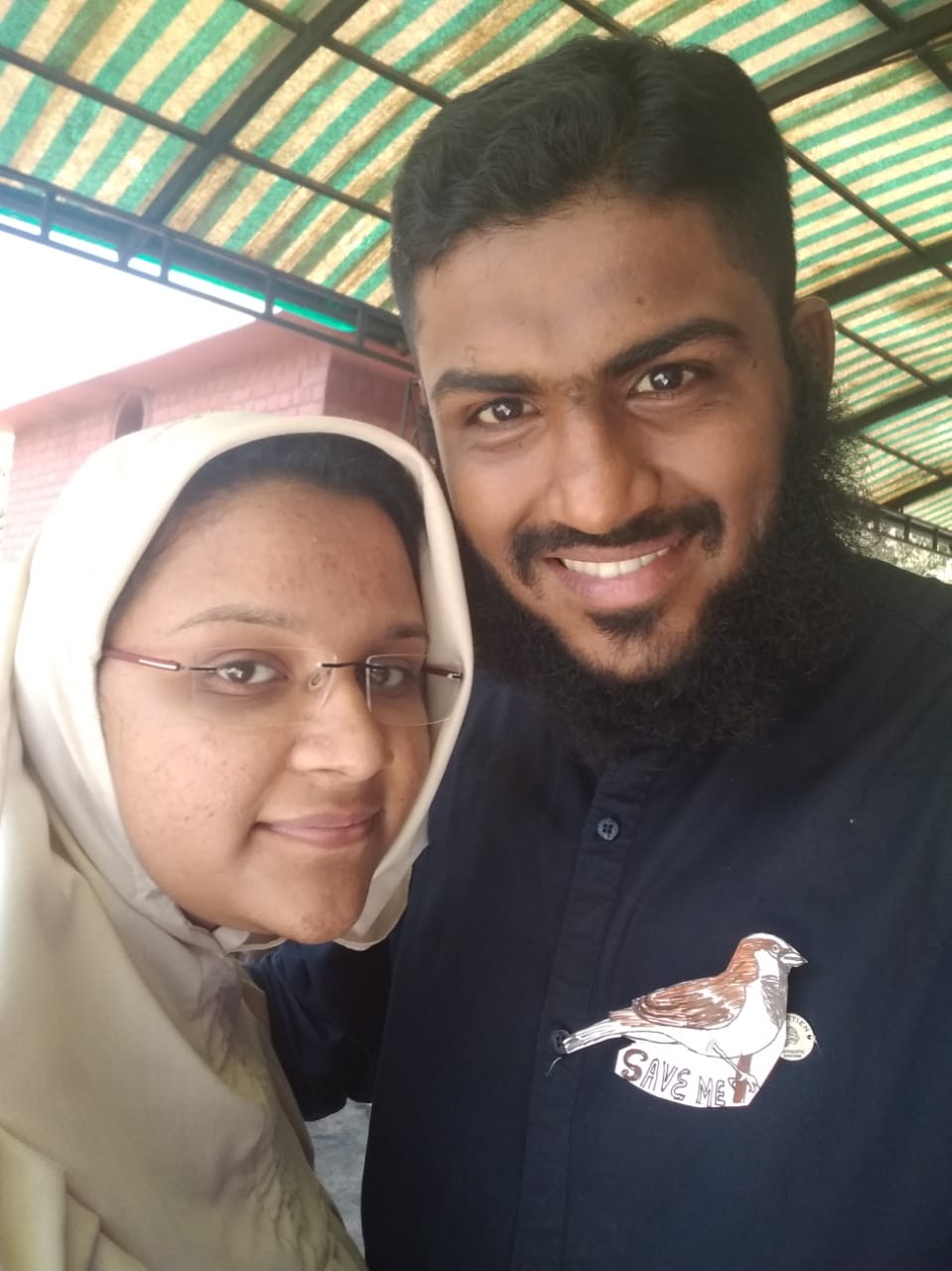 World Sparrow Day is celebrated globally on 20th March with an aim to raise awareness towards conservation of “House Sparrow” a important bird in urban ecosystem. However with urbanisation the little birdie is slowly losing it’s place and on a verge of extinct.

Ali Asgar Vohra a research scholar from Vadodara is working on the nesting, food and roosting sites in the city. Ali has a passion towards saving the sparrows from get extinct and working towards to save them in every possible way for the future generations. Since childhood he plays with them and when he step into a new life then also he wants to make sure to give new homes to his feather friends.

The love for birds is such that Vohra decided to celebrate his marriage in a unique way and distributed specially made sparrow houses and water bowls to the guests coming from Rajasthan, MP, Maharashtra and Gujarat as a return gift to them. The idea surprised everyone but the sentiments behind it touched all present there.

Ali along with his wife Rukaiya also celebrate the 70th Republic Day by distributed nest boxes and feeder plates for birds to the senior citizens and make sure the little birdie spread the wings more freely.

Under *Conservation of House Sparrow* project Aliasgar and Rukaiya Vohra had distributed Cardboard Nest boxes and Feeder plates for birds at *Athashri (India’s Largest Senior Living Community)* at Nimeta in outskirts of Vadodara city. Both of them gets a overwhelming response and support by the residents. The society residents named ‘Chako and Chaki’ the Sparrow Loving couple.

“I am a research scholar in department of Zoology and for the eight years working on the nesting, food and roosting sites in the city. After three years of survey and later with the help of scientific observation I am able to find the roosting of sparrows around Mulberry trees. I prepare four types of nest boxes in earthen, wooden, plastic and card board and found the nesting is more in earthen. In my research I also find that the old city area is the favorite nesting ground of the sparrows and we need more natural space for them to spread their colonies,” said Ali.

I won’t join politics as I can’t change my personality: Kapil Dev

I won’t join politics as I can’t change my personality: Kapil...