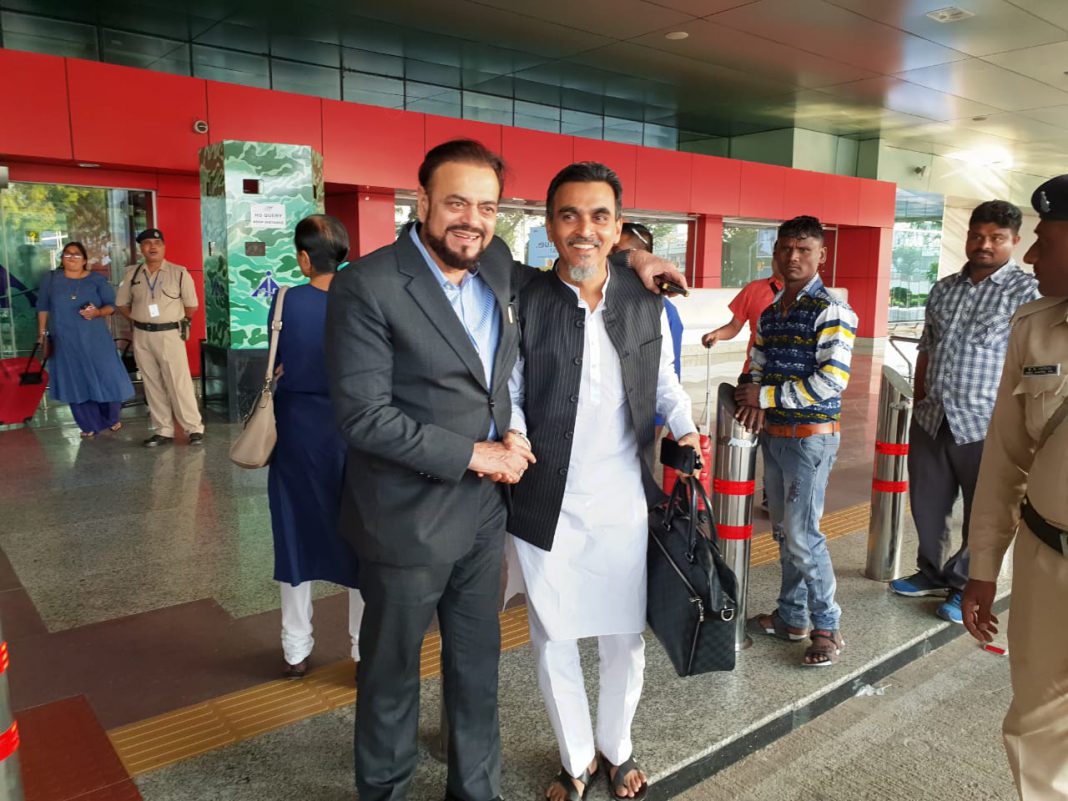 BJP wants to gain power by taking up religious issues

Samajwadi Party Maharashtra President Abu Azmi lambasts the central goverment on various issues during his visit to Vadodara. He said minorities are not safe specially in UP where the present ruling party wants to gain power by vote politics on religion.

On his way to Anand for a private function Abu Azmi attacked the government and put allegations on them for playing the religion card for their vote bank. Giving the example of UP he said the minorities are living in fear there as VHP and others takes control over there as part of some celebrations. He said everyone there are taking laws in their hands and no one is following the rules and the constitution of India. Attacking the PM he said all his promises falls flat and now they are try to increase their vote bank by using the name of Masjid, Muslim.

On the issue of city name change he said it’s becomes a fashion and the government is spending crores on it. “The government has lots of issues like employment, rising fuel prices to address but they are busy in such things. One can change the city name if it can bring development there but it seems like a fashion at present. The government is changing the names of those cities which are having Muslim names and it shows their intention to create differences between the religions,” said Azmi.

A case was registered against him under 153 A for his alleged remarks on UP CM and PM on the matter of name change. Commenting on that he said the government wants to kill the democracy and right of freedom of speech. Attacking PM Narendra Modi on the matter he said the one who support him is patriot and who don’t find themselves in such legal things.

On Maratha reservation he said the Maharashtra government wants to please the Marathi people and they are not against it. But atleast they also consider the Muslims reservation which was long due.

On Samajwadi party alliance he said they have alliance with BSP in UP and together they will prove strong opposition for the ruling party. In other states they approached Congress for alliance but they are not ready. Even in Gujarat also they think that the alliance with us make them lose their Hindu vote bank.