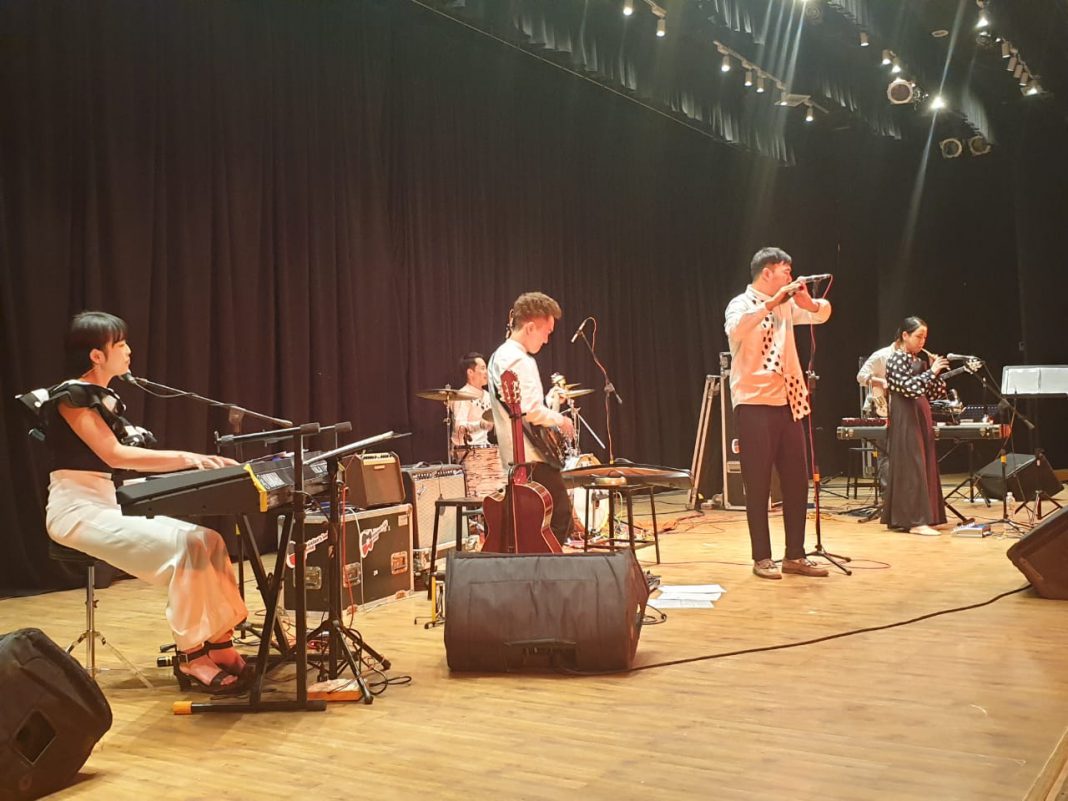 Performance also mark the celebration of Indian Air Force strikes on the terror camps across the border.

It’s an evening to remember at Parul University as the famous South Korean Jazz Band perform before a jam packed audience. The performance also mark the celebration of Indian Air Force strikes on the terror camps across the border.

The group from South Korea “Go Back Project” arrives at the university after a performance at New Delhi in International Jazz festival. Chae Ji Hye ‘s Geo-Koo-Ro(Go back) Project, is made by pianist and composer Chae Ji Hye in 2017. It is a Korean pop jazz group that plays combined Korean traditional music with Jazz.  The motto of this band is, ‘Finding today’s solution from the past’, which means as Geo-Koo-Ro in Korean. In April of 2018, the first regular album <GO BACK> was released.

The band visited Parul University for the first time and mesmerized the audience with their soulful performance. “The performance is the effort to boost the Indian government initiative of cultural exchange programme. The cultural group from South Korea “Go Back Project” perform before the Jan packed audience and the students also enjoy the live music and interact with the artists. The performance also marks our dedication to the IAF for its befitting reply to terror groups in Pakistan,” said Dr. Devanshu Patel Director Parul University.

After performance at New Delhi, as an extension of this festival, the cultural group from South Korea “Go Back Project” arrive and at Ahmedabad on 04-03-2019 and then perform at Parul University Baroda on 06-03-2019.