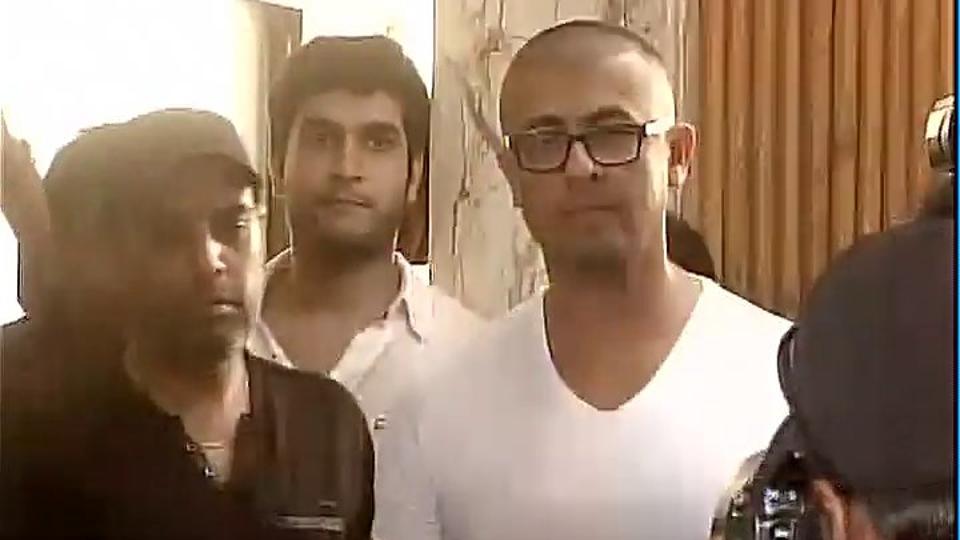 Sonu Nigam has started his press conference where he is addressing questions on his controversial tweets on azaan and his decision to get his head shaved live on national television.

Sonu Nigam shaved his head on Wednesday in response to a call given by a Kolkata-based cleric, who announced a reward of Rs 10 lakh to anybody who tonsured the Bollywood singer and garland him with old shoes, after his complaint on Twitter about being woken up by azaans.

Earlier in the day, the singer reacted to the call by Syed Sha Atef Ali Al Quaderi, the vice-president of West Bengal United Minority Council, in a series of tweets, saying “so this is not religious gundagardi” and that he will get his hair shaved.

Nigam said in a press conference he raised a social topic and not a religious one when he tweeted about being woken up by the sound of azaan, the Muslim call to prayers, and apologised “if someone thought otherwise”.

“I am a secular person. It was not about azaan, it was about the loud sound. Playing loud sound on a speaker is gundagardi for me,” Nigam told reporters.

“What is happening to the country? Anyone can lynch anyone or anyone can issue a fatwa. I’m not talking about any single religion,” he added.

The singer said he also wrote about temples and gurudwara which no one seemed to notice.

Nigam’s remarks about azaan triggered a storm on social media.

“God bless everyone. I’m not a Muslim and I have to be woken up by the Azaan in the morning. When will this forced religiousness end in India,” Nigam had tweeted.

He argued for an end to the use of public address systems and even said that there was no electricity in the times of the Prophet.

After being trolled, Nigam tweeted more clarification saying that he isn’t only against mosques’ use of loudspeakers but that by temples and gurudwaras as well.