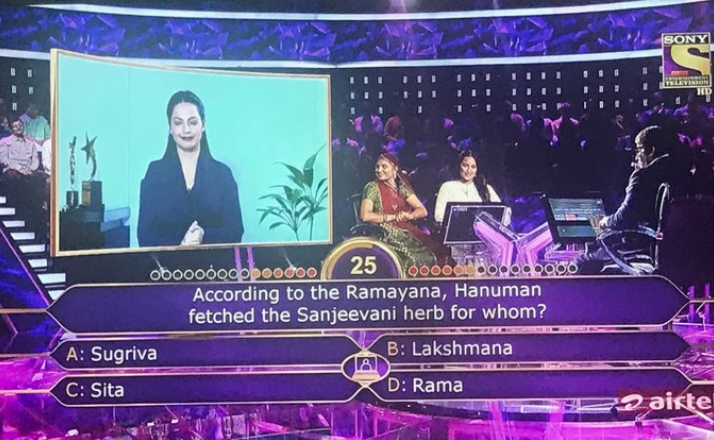 Actress Sonakshi Sinha came along with a contestant in the Karamveer episode of Kaun Banega Crorepati 11 (KBC 11) on Friday.

The actor helped the special guest earn Rs 12,50,000 but her appearance on the Amitabh Bachchan hosted game show is now being trolled.

Among many questions that they answered, one question that they failed to answer without using a lifeline was based on Ramayana. Sonakshi, especially, is being trolled for not knowing the answer to a question that was quite easy as per most Indian audience. The question was: According to the Ramayana, Hanuman fetched the Sanjeevani herb for whom?

Sonakshi first picked ‘Sita’ as her answer, then said ‘Ram’ before finally deciding on taking the ‘expert advice’ the only lifeline left at that time.

Some of the trolls that are being made on actress for being hint- less about this Ramayana related question.

After knowing dumbness of #SonakshiSinha