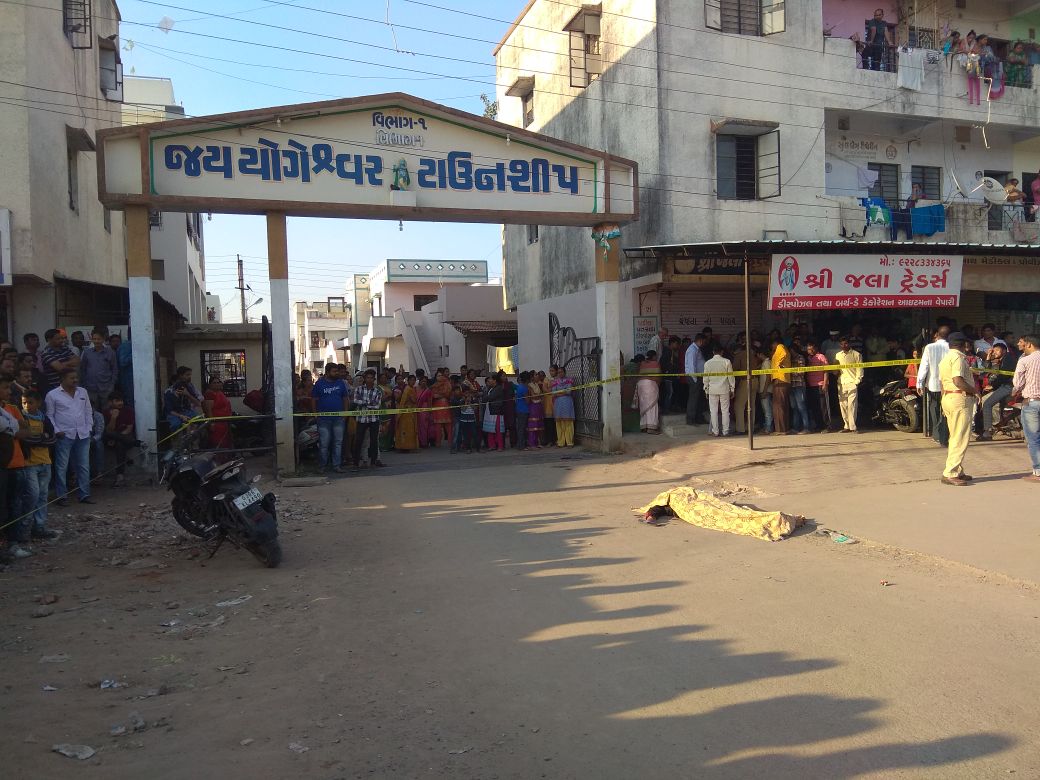 23years old son of a Airforce personnel was murdered in broad daylight in Vadodara by unknown assailants. Arun Kumar was murdered and his body was found in front of Yogeshwar township at Ajwa road near NH 8 in the afternoon on Friday which shocked the residents.

As per the available details the victim Arun Kumar was living in Siddhraj Heights and is into event management profession. On Friday afternoon he had fight with other four to five youths and it gets uglier as one of them attacked him with sharp edge weapon.

The youths realise the seriousness and took him to the hospital of Dr. Mukund Sevak near Yogeshwar township on his bike but the clinic was closed. They then called the 108 ambulance but before it reached Arun Kumar died near the township.

However the identity of the attackers are yet to be known but as per the sources another friend of Arun Kumar also received injuries in the attack. As the news spread the crowd started gathering at the spot and shocked to see the body of the youth. Police also reached the spot and informed the family members of the youth about the incident.

Police took custody of the body and the motorcycle parked nearby said to be of the victim. The police also tried to access the CCTV footage and the eyewitness to trace the attackers. However the reason of the murder is yet to be unknown and further will clear after the police investigation.