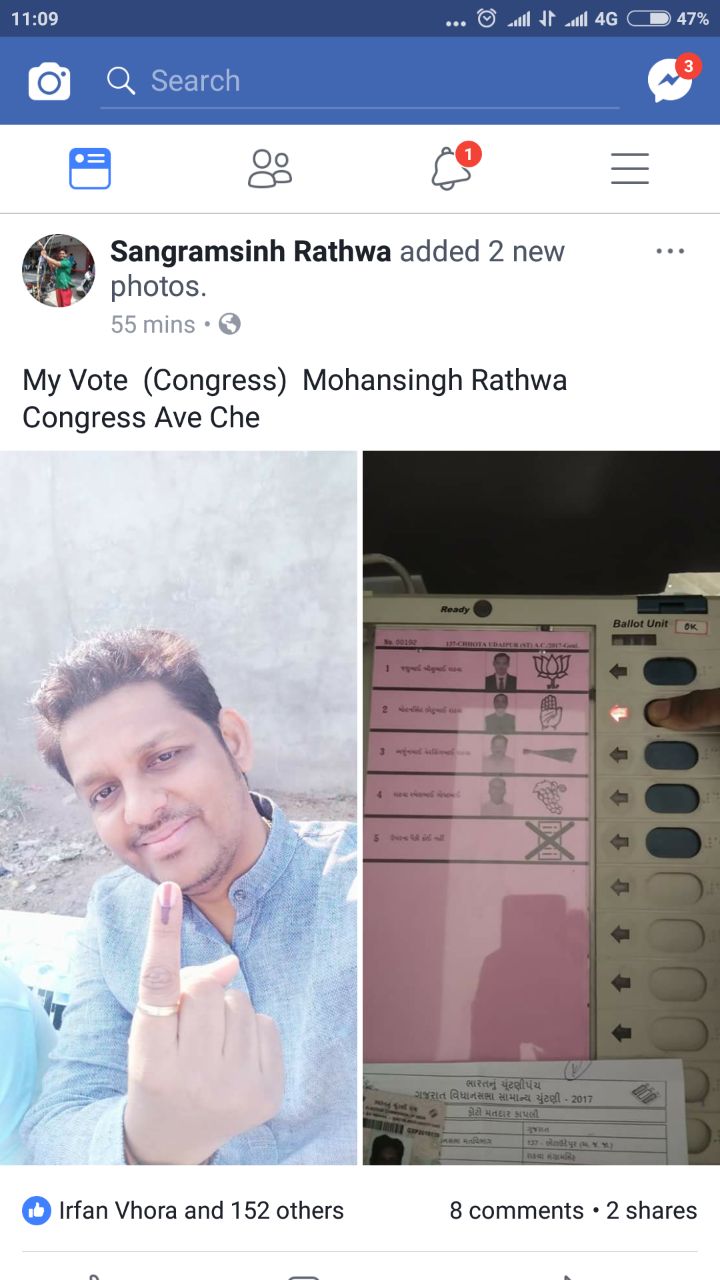 Son of Chotaudepur senior Congress leader and former railway minister Naran Rathwa invites controversy after he clicked a photo inside the polling booth showing the candidate who he cast his vote. He also post the picture on social media which went viral. 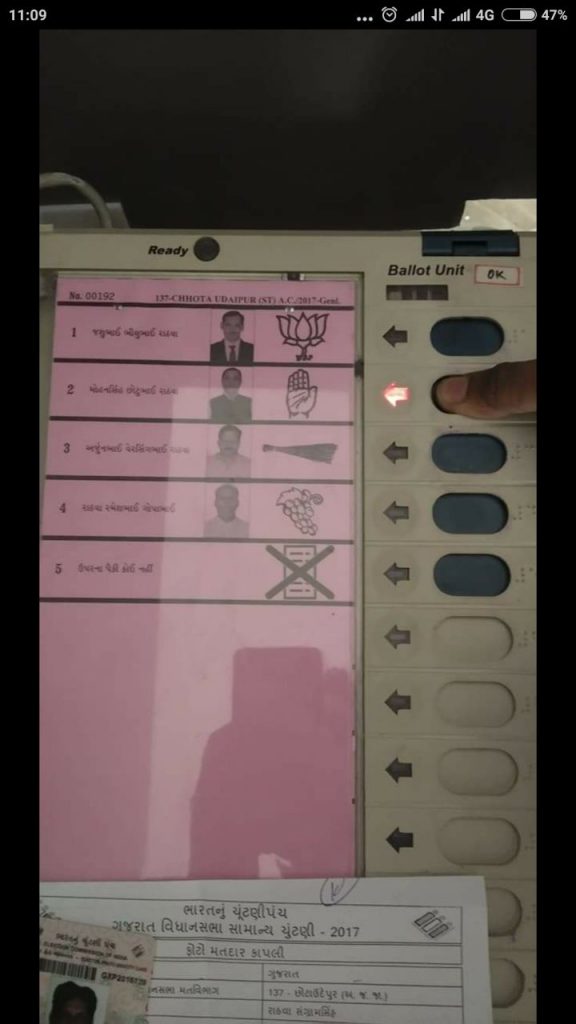 As per the details Sangram Rathwa clicked the photo inside the polling booth of the EVM showing his vote. Such a click inside the booth is against the law but he clicked the picture and also update it on social media.