Some unknown facts about Hiroshima and Nagasaki attacks 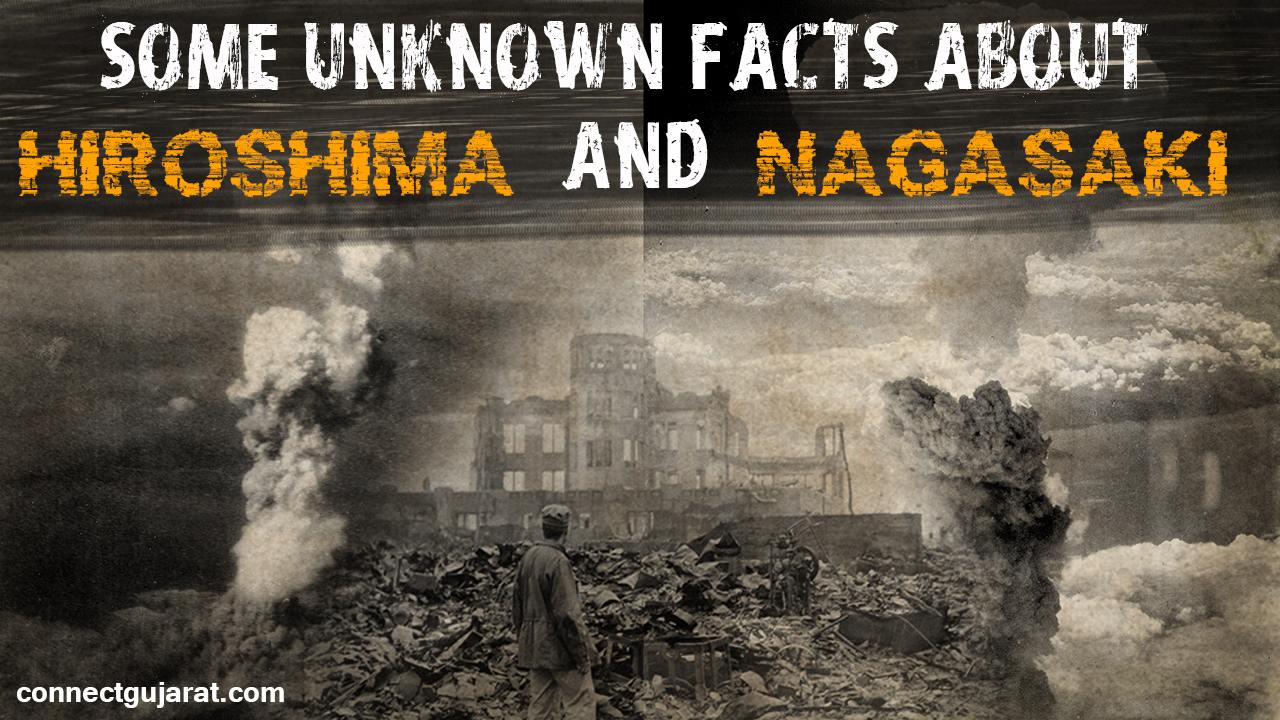 August 6 and 9 is one of those dates which can never be erased from the history of mankind. One of the most brutal acts were committed to mankind in the year 1945. These were the dates when Hiroshima and Nagasaki were bombed using nuclear bombs by the United States of America.

This is a flame that is glowing in Japan. This flame will be put down only if all the nation states decide to give up on nuke weapons and cooperate to make the world a better place to live in.

The plane that carried the nuke bombs little boy and Fat man is known as Enola Gay. The pilots of the plane were instructed to consume the cyanide pills in case the bombing attack is compromised. This is to make sure the United States of America doesn’t lose its image.

The intensity of the attack was too high that the walls and grounds had shadows of people and things.

Even when some of the tallest and strongest structures in Hiroshima and Nagasaki reduced into ashes, this species of tree named Gingko Biloba, stood firm. It is several years old and survives even today.

Kyoto was the city which was chosen after Nagasaki. But, the US Secy of War Henry L Stimson was so carried away by the beauty of the city of Kyoto during his honeymoon that he decided not to nuke the city.

It took almost 3 hours for the news to reach Tokyo that the cities of Hiroshima and Nagasaki had been bombed.

In a way, even Tokyo was not spared. The more brutal act was committed against the city of Tokyo using the operation named Meetinghouse. It was more brutal than the attack of Hiroshima and Nagasaki but history doesn’t speak of this much.

US citizens themselves didn’t know the real reason

Even the ones who were involved in the mission and those who were seated inside Enola Gay didn’t have an idea as to how serious and grievous the bomb is. They realized their mistake only after seeing the aftermath.

The country of Japan rose again after such a huge blow. But, the pain endured by the citizens is etched in the minds of citizens across the globe. It is a state’s duty to avoid the usage of nuke bombs.