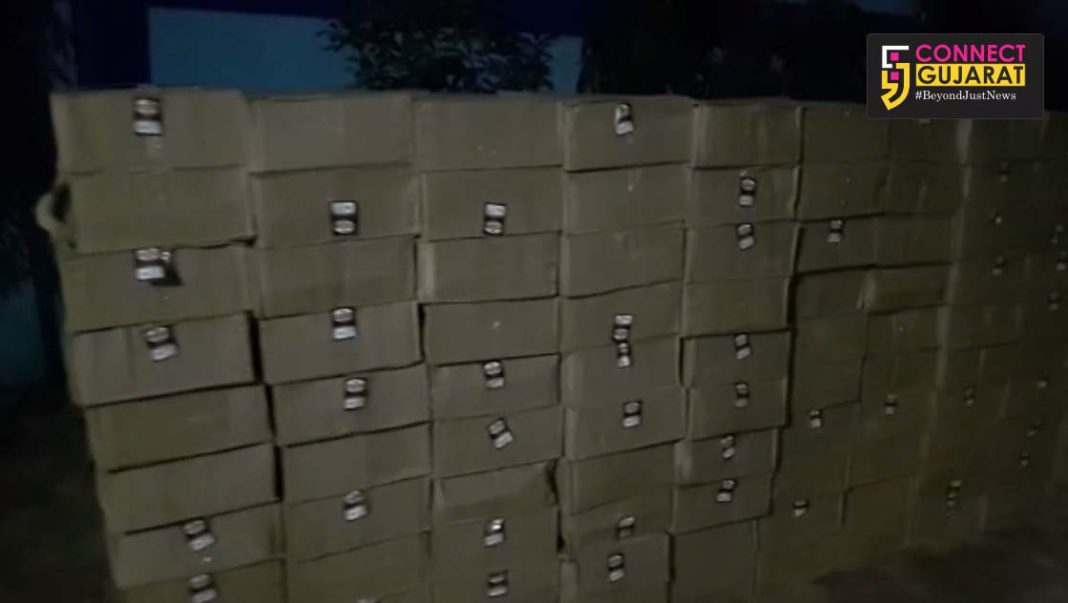 Vadodara SOG caught a truck laden with English liquor worth 42.69 lakhs from Tarsali bypass last night after the input. The consignment was to be offloaded in Vadodara but the police caught the truck along with the truck driver and cleaner before the delivery.

On 4th August the SOG team received the input about the MP passing truck laden with English liquor from Bharuch is about to pass through bypass from outskirts of Vadodara city. The team kept a watch at the Tarsali bypass and intercepted the truck and signed the truck driver to stop. But he accelerated and the team followed the truck and stop it as soon as it cross the overbridge.

The police check the truck and found 798 Bombay special Whiskey boxes and  291 bottles of Mount 6000 beer boxes hide inside under wheat sacks. The police arrested driver Md. Salim Khan and cleaner Azhar Shah both from Indore along with the liquor boxes and truck and handover them to Makarpura police station.