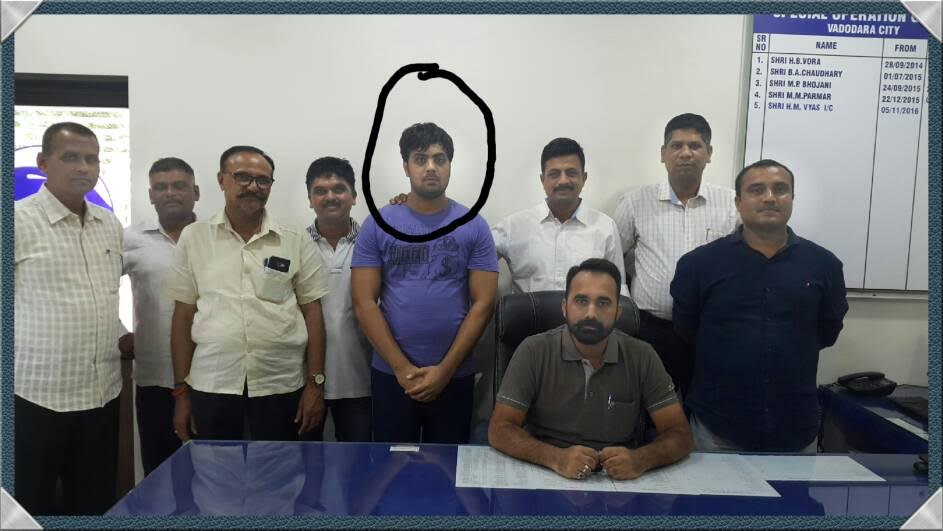 Vadodara SOG team on Monday arrested a wanted accused after he jumped his bail and never returned back to the judicial custody. He was on the run for the last four months and was living in another area when the SOG team arrested him.

The accused Samir alias Bunty Pandya wanted in attempt to murder and other offences was sent to judicial custody after the offence was registered against him last year. He requested for bail at Gujarat Highcourt which the later granted for 10 days from 7th December to 18th December 2016. However he applied for another 10 days which the court granted and he was scheduled to return on 28th December 2017 back to jail.

However he jumped his bail and never returned back to jail. A complaint was registered against him under prisons act 51 (a) and 51 (B) in the city police station. On Monday based on the input the SOG team arrested him from his news address where he is living and handover him to the city police station for further investigation.