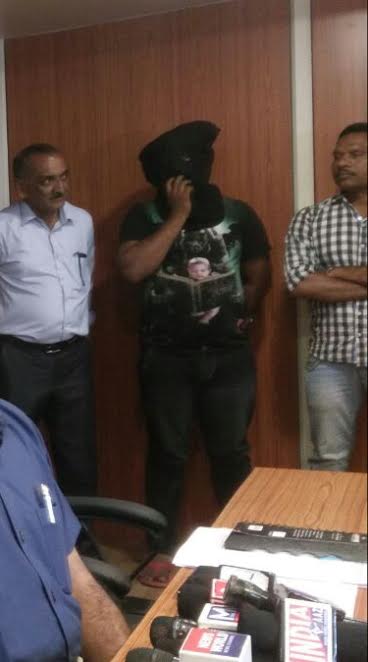 Vadodara SOG team arrested a notorious accused involved in theft, burglary and house breaking incidents in Vadodara. He was also wanted in house breaking in Varnama police station few days ago. The accused was also arrested and send to PASA for three times in different jails.

On 20th March Monday the SOG team on patrolling recieved the tip about the wanted accused Ajaysingh Darshansingh Dudhani is about to visit his home in Warasiya area of the city. The team kept a watch and caught him near from Sardar Mohalla.

After strictly interrogating him Ajaysingh Dudhani revealed the names of his associates Rajasingh Tank and Surajsingh Sikligar and they all involved in house breaking in Tatarpura village in Varnama 15 days ago.

Ajaysingh Dudhani was wanted in Varnama police station under IPC 457, 380, 114 and now the SOG caught him under 41(1) and handover him to Warasiya police station.

Ajaysingh Dudhani is into business of pigs and in the last decade involved in 10 to 12 matters of burglary, house breaking and theft. In 2014 he was sent to Rajkot and Porbandar jails under PASA and once again to Bhuj jail in 2016. In total he was sent three times to different jails under PASA in last five years.