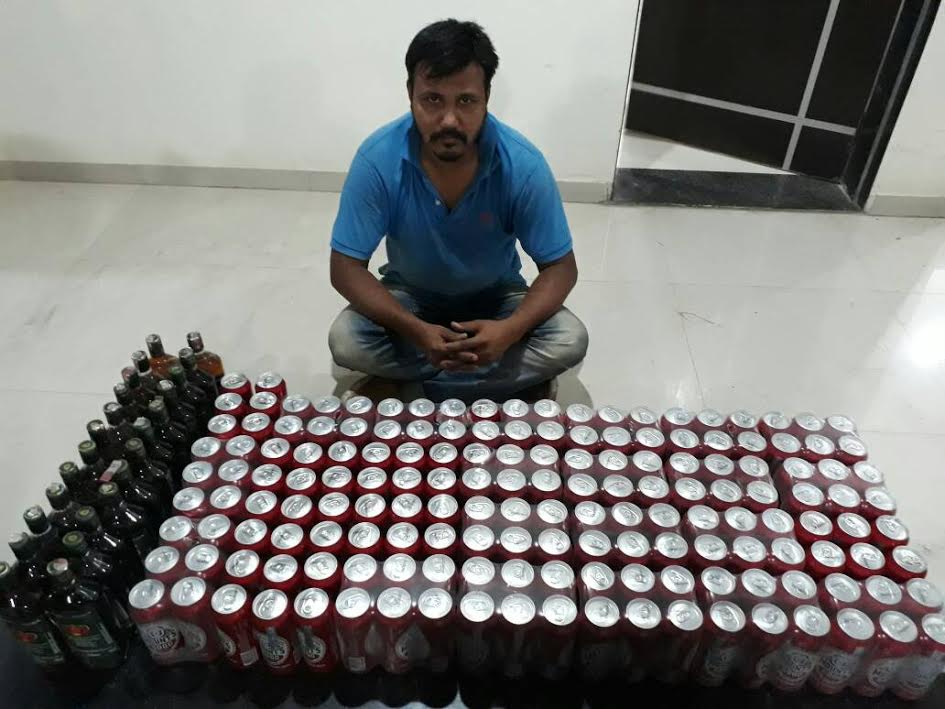 Vadodara SOG team arrested a person with English liquor bottles ferrying in a auto rickshaw during night patrolling. The police arrested one of the accused and the other one was managed to flee from the spot taking advantage of the darkness.

The team recieved the information about one Denis Mackwan and Shoaib Sheikh residing nead FCI godown and went to Bodeli in a autorickshaw to bring English liquor. The duo also planned to enter inside the city through interior roads from Waghodia. Based on the information the SOG team kept a watch near Solace hospital on the road towards Parivar crossroads pretending to be the relatives of the patients. As the team waiting anxiously for the rickshaw and intercepted it when it arrived at the scene. The rickshaw slowed down a little and soon accelerated and the team followed it and caught it ahead. The team arrested Denis Mackwan along with the liquor but the another accused Shoaib Sheikh managed to flee taking advantage of the darkness.

Police recovered 25 Whisky bottles, Mount 6000 Beer 162 cans, mobile and autorickshaw and handover him to Panigate police station for further investigation. Police found that the accused make arrangements inside just beneath the driver seat, empty space at engine area and special hidden space behind the passenger seat to ferry the liquor.