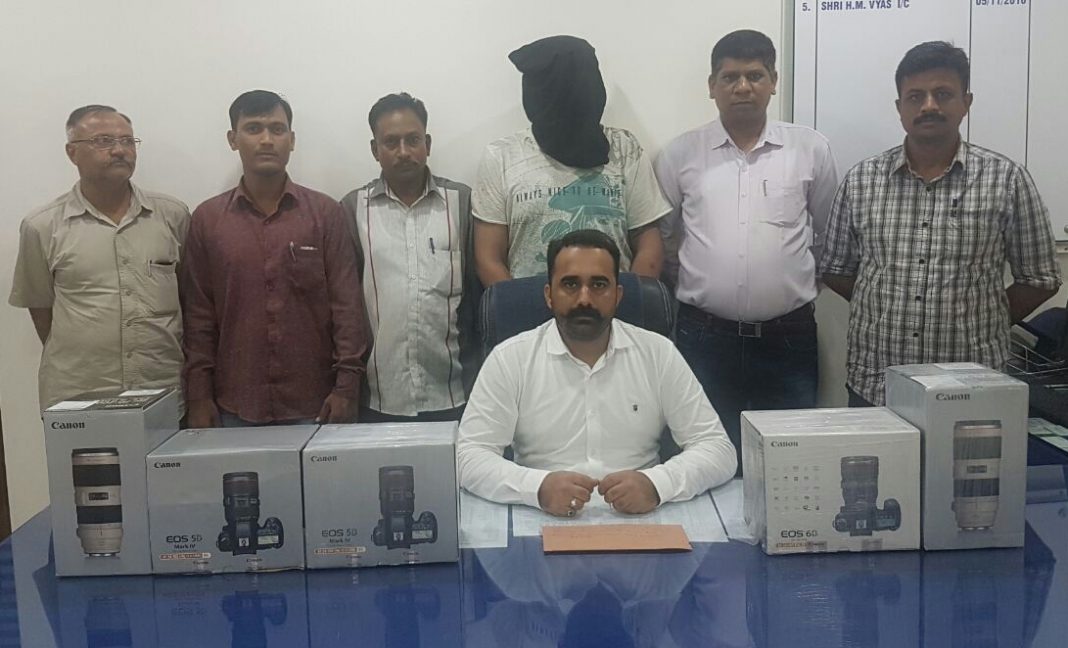 The SOG team received the input about the accused who left for Tarsali bypass having two big bags of Vimal Pan Masala written on it. The youth around 20 to 25 years of age, fat and heighted wearing white T shirt and brown jeans.

Based on the input the SOG team kept a watch at the highway and caught the accused with the digital cameras kept inside. The team recovered two cameras and lens worth 11.35 lakhs from him without proper bills.

Primary investigation by the SOG team revealed that the accused studied till 12th Science and went into crime for fun and enjoys luxurious life. The accused started cheating people and involved in offences registered in Bharuch, Karjan and Varacha in Surat. He also cheated business man from Ahmedabad and Indore but later settled the matter with them.

“The modus operandi of the accused was to search for high quality electronics items at the online shopping website OLX and then contact the owners who pasted the advertisement. He then settled the deal with the owners and earn their trust and get the items from them and later cheated them by not paid them money and changed his mobile number. Later he sold the items and enjoy with the money he got,” said H.M. Vyas Incharge PI SOG Vadodara.

Primary interrogation by the police revealed that the accused has loan of 15 to 20 lakhs on his head and people are searching for him. He then changed his modus operandi and one month earlier through internet and googled and searched for sellers of high quality cameras and lenses in Gujarat. He came to know about Gujarat photo goods in Ahmedabad and contact the dealer Vinod Mayani through his social media account. He lured him and took the camera and lens and promised him to pay the amount in a week through online payment. He gave the wrong address of Baroda and take the delivery of the camera and lens here in Vadodara and swith off his mobile.

The police caught the accused and handover him to Makarpura police for further investigation. They also contacted the Varachha police where he was wanted in a cheating offence.