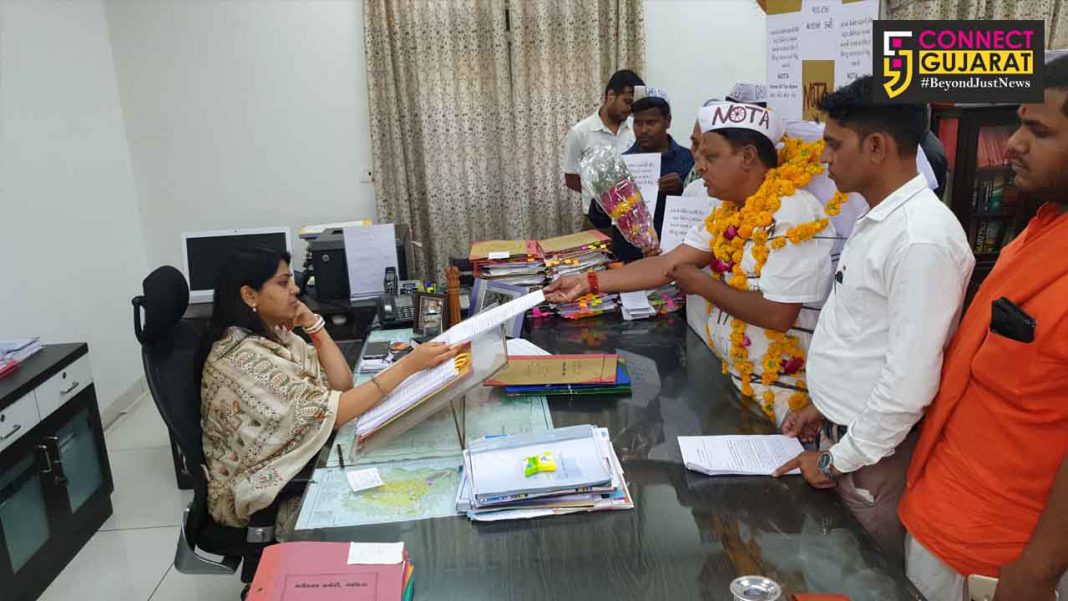 Social worker Atul Gamechi raised his concern about not promoting NOTA (None of the Above) in this year elections with a unique protest on Thursday. Dressed up like a body taking for cremation he gives a memorandum to the chief election officer and request to promote NOTA as a option for the voters. 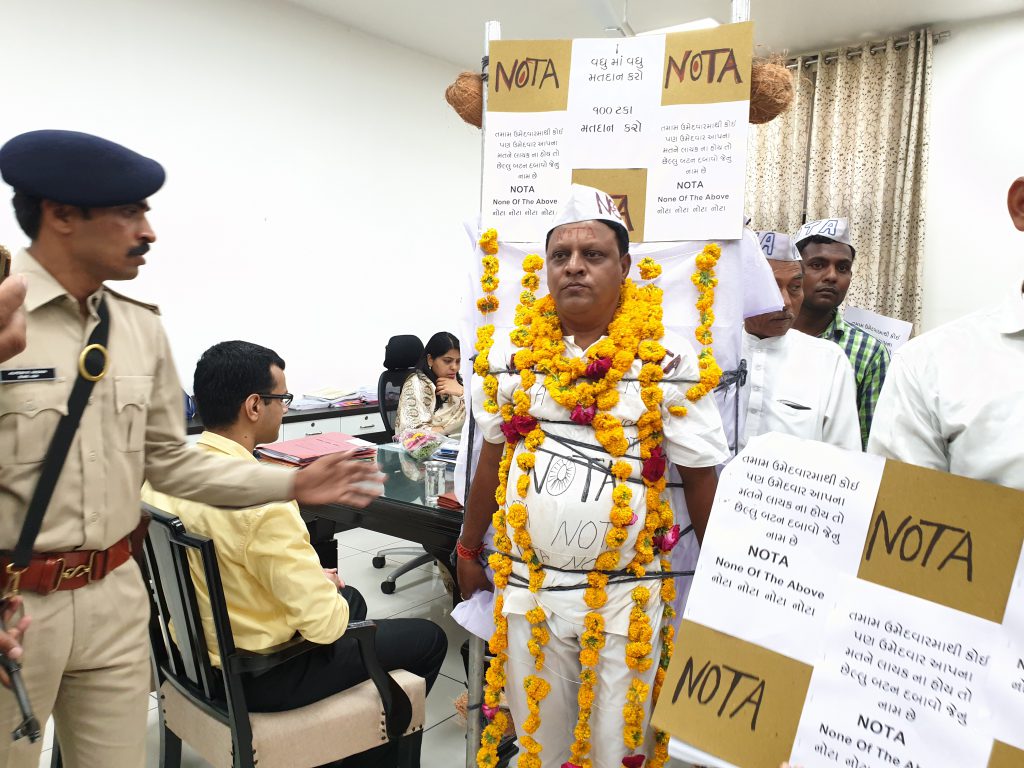 It was a shocker for the people coming to collector office for their work when they saw a man tied with the stand use to carry dead body for cremation. Atul Gamechi a social worker tied himself with the stand representing as NOTA dies a slow death in this year elections. He wants to raise his protest against the election commission for not creating any awareness about it during their programmes.

“This year NOTA is not promoted by the commission as an option for the voters to cast their vote against the candidates they dislike. The result is slow death of NOTA which is a very important option for voters and hence I dressed up like a body ready to be cremated. We approach the collector to look into the matter and in future will also going to approach the Supreme Court in case they fails to promote it,” said Gamechi.

He gives a memorandum to the collector and chief election officer Shalini Agarwal requesting her to promote extensively the option of NOTA among the voters.

Covaxin trials approved in children between 2 and 18 years

Covaxin trials approved in children between 2 and 18 years