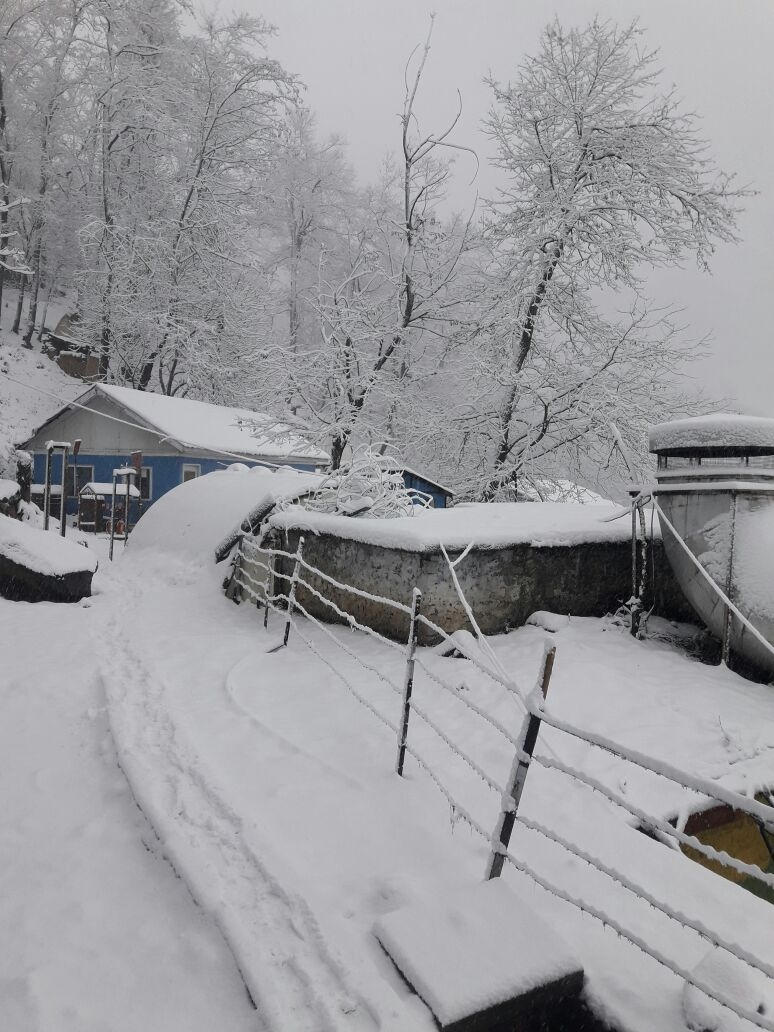 Moderate to heavy snowfall brought Kashmir Valley to a standstill as land and air links with the outside world as well as inter-district road connectivity remain suspended on Saturday.

All flights to Srinagar international airport were cancelled on Friday in addition to road and rail links between the valley and the rest of the country.

All inter-district roads remained disrupted throughout Friday, and no traffic moved on Saturday morning as well.

Electric power supply throughout the valley was shut because of uprooting of poles and disruption in power supply grids. Even the high security Gupkar Road, where the official residences of Chief Minister Mehbooba Mufti and some of her cabinet colleagues are situated, had no electricity because of massive power failure.

Mehbooba who visited parts of Srinagar city on Friday to make an on-the-spot assessment has expressed displeasure at the administrative preparedness in dealing with the challenges thrown up by snowfall.

Kashmir Valley police chief Javed Mujtaba Gillani has asked police personnel to assist civilians deal with the hardships faced by them due to the cold weather. Even though all district administrations said snow clearance machines had been moved out to ensure intra-and inter-district road connectivity, scores of vehicles remain stuck on roads in all the ten districts of the valley because of the administration’s failure to clear the accumulated snow.

Reports of heavy snowfall in Gulmarg, Sonamarg, Pir Panjal Mountains and other higher reaches have, however, cheered up Kashmiris who were reeling under an unprecedented dry spell during the last five months.

While Sonamarg, Gulmarg and Pahalgam received over four feet of snow during the last 12 hours, Srinagar city recorded over one foot of accumulated snow on the ground.

The Met office has forecast improvement in weather during the next 12 hours.

All exams and classes scheduled for Saturday have been postponed by the University of Kashmir.