Smriti Irani gets additional charge of I & B Ministry 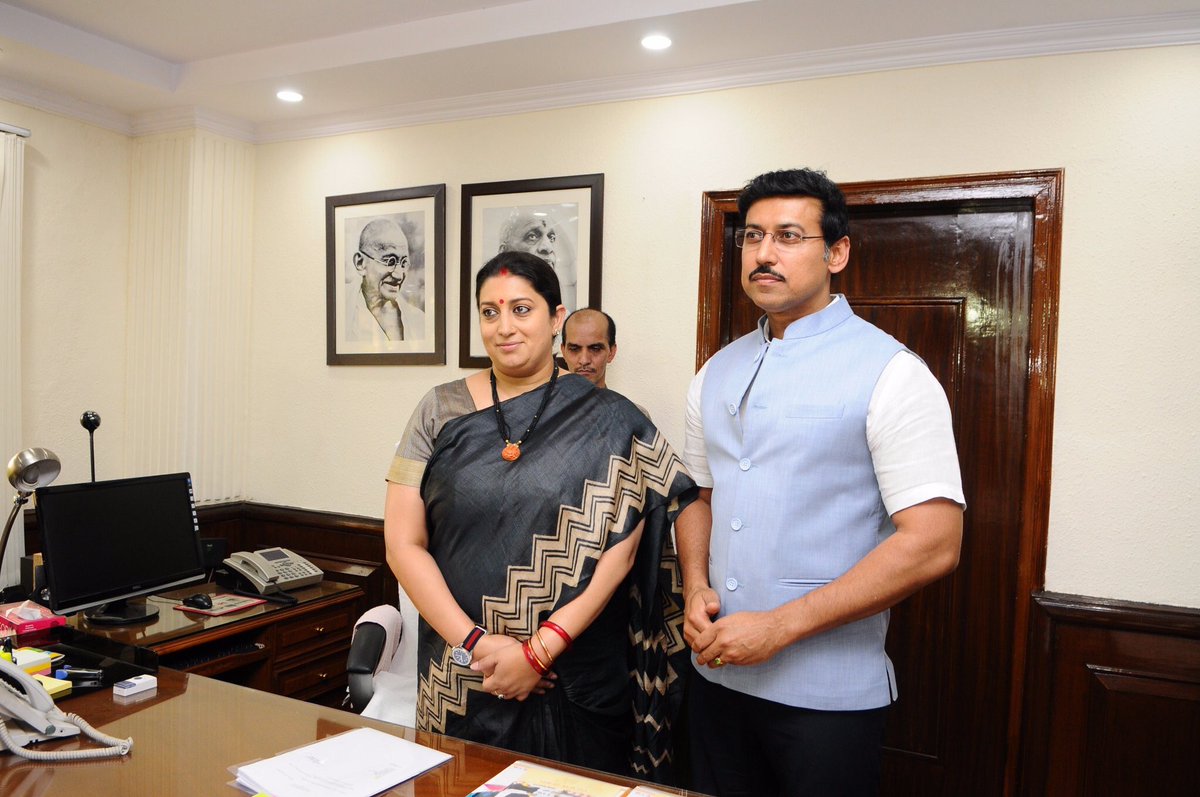 Smriti Irani, Minister for Textiles, will hold additional charge of the important Information and Broadcasting Ministry, the government has announced today.

Senior BJP leader M Venkaiah Naidu resigned as Information and Broadcasting Minister last evening after he was named as the government's nominee for Vice President of India.

Mr Naidu also resigned as Urban Development Minister and that ministry will now be led by Narendra Singh Tomar as an additional charge. Mr Tomar is the Minister for Mines.

The Prime Minister's Office, in a tweet, informed about the decision of the government.

In 2016, after being removed from a heavy-duty ministry like human resources, the memorandum was given to the Ministry of Textiles, after which it was said that she have not fulfilled the expectations of Narendra Modi, but once again with greater responsibility it can be said. Once again, Modi's trust is the place for her.