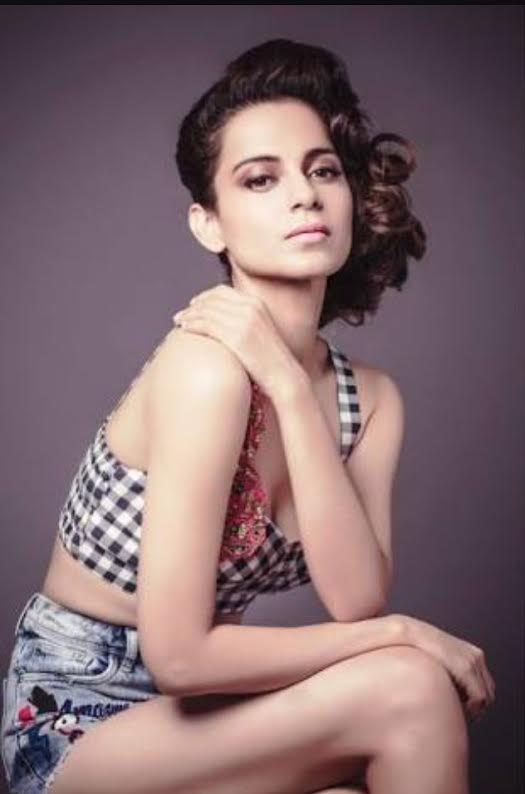 Eagerly awaited Vishal Bhardwaj film Rangoon is slated to release on 24 February and the lead actress Kangana Ranaut is in limelight before the release. Her character in the film is very strong and she is also in news for his bold and intimate scenes in the film.

Kangana play the character of name Janbaaz Julia who is a entertainer, dancer, singer and carefree. Everywhere she is in demand and love two men together and adore both ot them very emotionally. She love the two lead actor Shahid Kapoor and Saif Ali Khan and the chemistry between them is also very impressive in the film. If sources close to film to be believed Kangana is never seen before in this bold avatar ever which she performed in the film Rangoon. Kangana earlier showed her surprise about the progressive thoughts and fearless lady of 1940. She also praised about Julia the lady of 1940 for not hesitating to love two men at one time together.

Rangoon is a period drama revolving around intense love making. The trailer of the film along with the songs ‘Blady Hell’s, ‘Ye Ishq’ and ‘Tippa’ turned the attention of the people. The film is a love triangle between Kangana ,Saif and Shahid.

The film is made on the backdrop of World War 2 under the direction of Vishal Bhardwaj. The film is produced by Sajid Nadiadwala and Viacom 18 under the banner Nadiadwala Grandson Entertainment.

Vadodara set to celebrate Janmashtami with safety precautions of Covid 19

Over One Lakh loans were sanctioned under PM SVANIDHI scheme

Vadodara set to celebrate Janmashtami with safety precautions of Covid 19

Over One Lakh loans were sanctioned under PM SVANIDHI scheme

Total 13 NDRF teams deployed in Gujarat after rainfall prediction by...

Vadodara police caught one tried to rob a shop owner

Dilapidated four-storey building in Dabhoi collapsed due to heavy rains