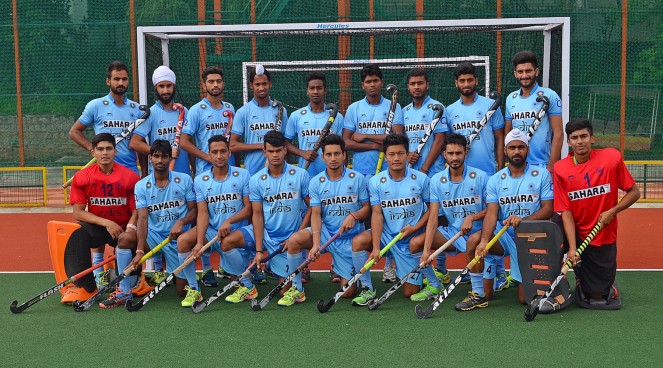 Hockey India (HI) has announced India’s 18-members male hockey team for the tour of Belgium and Netherlands on Friday. Six young Indian hockey players from India will debut for the country in this tour.

India’s tour of Europe will begin on August 9 from Belgium. The team’s command has been handed over to Manpreet Singh, while Chinglesana Singh will be the vice-captain. Some of the players who have participated in the recently played World League semi-finals have been rested for this tour.

Among the six new players included in the team, Varun Kumar, Dixan Tirkey, Nilkant Sharma, Gurjant Singh and Arman Qureshi all performed well in the Junior World Cup. The sixth player include Suraj Karkeera of Mumbai also is in the team.