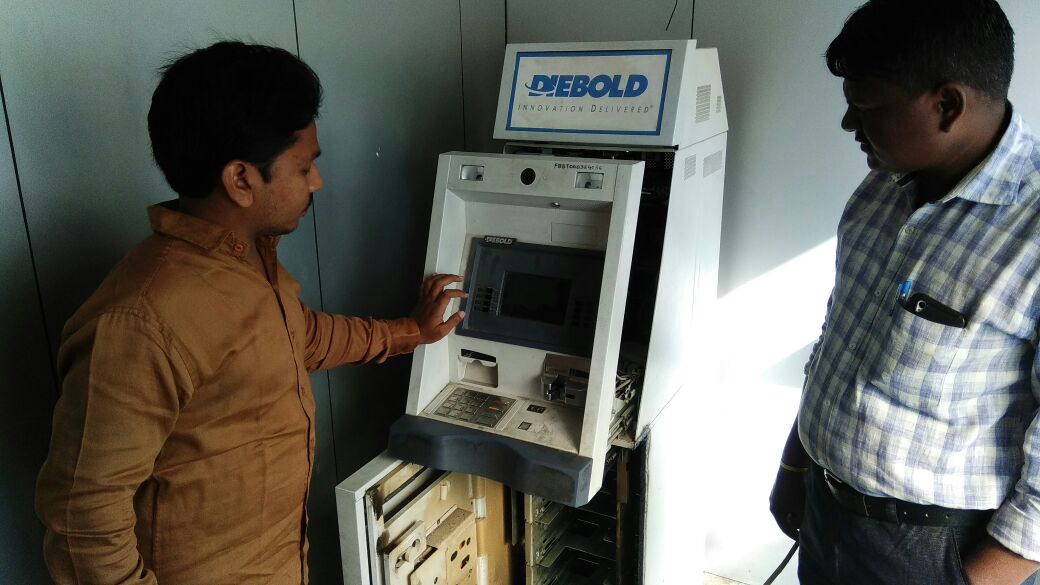 Taking liberty of the Uttarayan holiday robbers strikes in two ATM’s on Ajwa road and Tarsali area and decamp with the money after cut down the machines with the help of gas cutters. They able to get 13.88 lakh cash from one and 94,000 from the other ATM. Four more ATM’s were targeted but the robbers failed to open them.

As per the details the robbers strike the Bank of Baroda ATM situated opposite Leprosy ground ay Ajwa road and entered inside. They used gas cutters to open the ATM and took cash from inside and fled from the spot.

Six ATM'S targeted in one night in Vadodara
1 of 11

“We have a eyewitness confirm that the robbers came in a car and fled with the cash tray. They entered the ATM cut the CCTV wire and downed the shutter. They used gas cutters to open the machine and fled with 13.88lakhs from there. While they are escaping one person saw them and based on them we are investigating further,” said F.K. Jogal PI Bapod police station.

In another break in the robbers used the same trick to enter inside a SBI ATM and with the help of gas cutters and fled with the cash tray. They cut the inside CCTV wire first and took the outside CCTV with them. They fled with 94,600 rupees from there.

Similarly four more ATM’S were targeted in the same night but the robbers failed to break them. Police believe it’s the handiwork of the same gang.

“Total six ATM’s were targeted by the robbers in different areas of the city. One in Bapod Bank of Baroda, two ATM’s of ICICI and HDFC in Manjalpur, three ATM’s of SBI, Bank of India and ICICI were targeted in one night. The robbers succed to take cash from the Bapod and one ATM from the other one under Makarpura police station. The MO of the gang is same as they use gas cutters to open the ATM and tried to access cash. We are accessing the details and further investigating to nab the accused,” said V.P. Gamit ACP control.