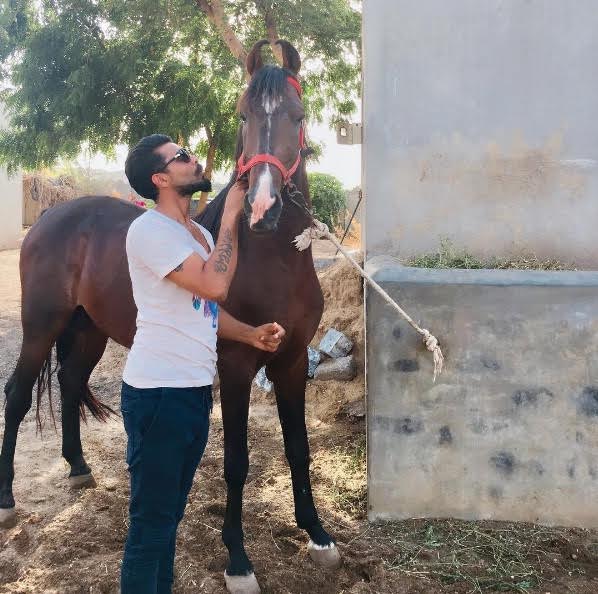 In the IPL 10 Ravindra Jadeja and his team Gujarat Lions could not do anything special. Now after the IPL, Jadeja has to take part in the Champions Trophy. Mean  while, Jadeja is fulfilling his special interest. He spent some time with horses in the farmhouse located in Jamnagar. He shared his moments on Instagram as well.

Jadeja did not play some of the IPL’s matches because of injury in initial bouts. However, after returning, he could not show any good with the ball and the ball. And know The world’s number 1 bowler will performs in the Champions Trophy.

The team of 15 members selected for the Champions Trophy includes Ravindra Jadeja. In the IPL 10, Gujarat is at seventh place in the table. They ended the final match with the victory.