Significance of Rangolis During Diwali 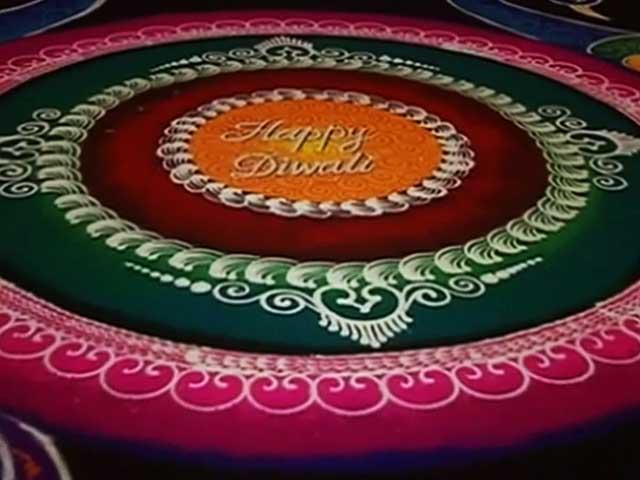 When we think about Rangoli the first thing comes to mind is beautiful colours and designs. The art is originated in India and is a important part of every festival or good things. It marks happiness and prosperity and we often found them inside temples, homes and even in exhibitions.

The art where patterns are created on floor in living rooms or courtyards using materials such as colored rice, dry flour, colored sand or flower petals. It usually made during Diwali or Tihar (collectively known as Deepawali), Onam, Pongal and other Indian, Bangladeshi and Nepalese festivals related to Hinduism. Designs are passed from one generation to another, keeping both the art and the tradition alive.

Diwali is known as festival of lights and colours plays a big role in this. People freshly paint their houses and adorned with variety of decorations. People buy new clothes and gifts for their family and friends. Colours are most noticeable though in the traditional rangoli patterns that grace the entrance of every home.

Rangoli is a timeless tradition that is followed all over India. Rangoli is also known as alpana, aripoma, or kolam. It is an ancient art, practiced by almost all households. In many cases, designs are passed down through generations with some of them being hundreds of years old.

The purpose of rangoli is decoration, and it is thought to bring good luck. Design depictions may also vary as they reflect traditions, folklore and practices that are unique to each area. It is traditionally done by women.

The word 'rangoli' is said to have been derived from the words 'rang' and 'aavalli' which refers to a row of colours. Rangoli designs and colours vary between different regions but they all follow some basic patterns. A rangoli usually has a geometrical structure that is also symmetrical. The design patterns often consist of natural elements like animals, flowers, etc.