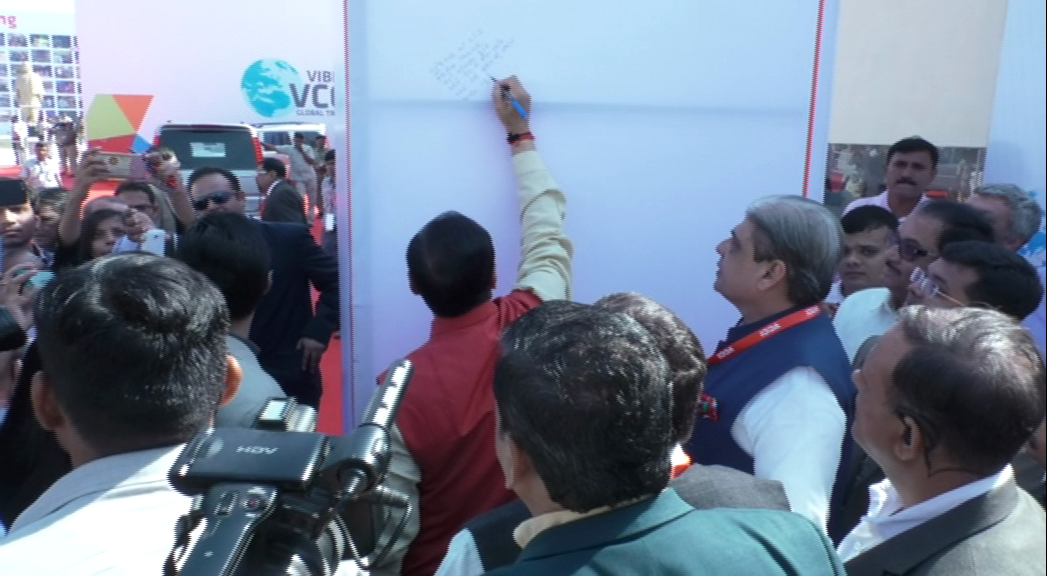 Gujarat Chief Minister Vijay Rupani started a signature campaign at the VCCI Global Trade Show to support the demonetisation. He also put pressure for cashless transactions and welcome people to support it. To make Gujarat a cashless city the VCCI has launched a signature campaign at their 10th Industrial exhibition at Navlakhi ground from Thursday. The CM started the campaign by writing a message and supporting the campaign started in support of demonetisation.

"To strengthen the economy PM Narendra Modi started this step and to support him we started a signature campaign from Vadodara to spread the message of cashless economy. With this campaign the people coming to the expo get awareness about the cashless transactions in future. I thanked the organisers for the campaign as with this Gujarat will show path to others," said Rupani. The VCCI Global Trade Show will attract nearly 5 lakh people in five days and with this signature campaign the awareness of cashless economy will reach to them.