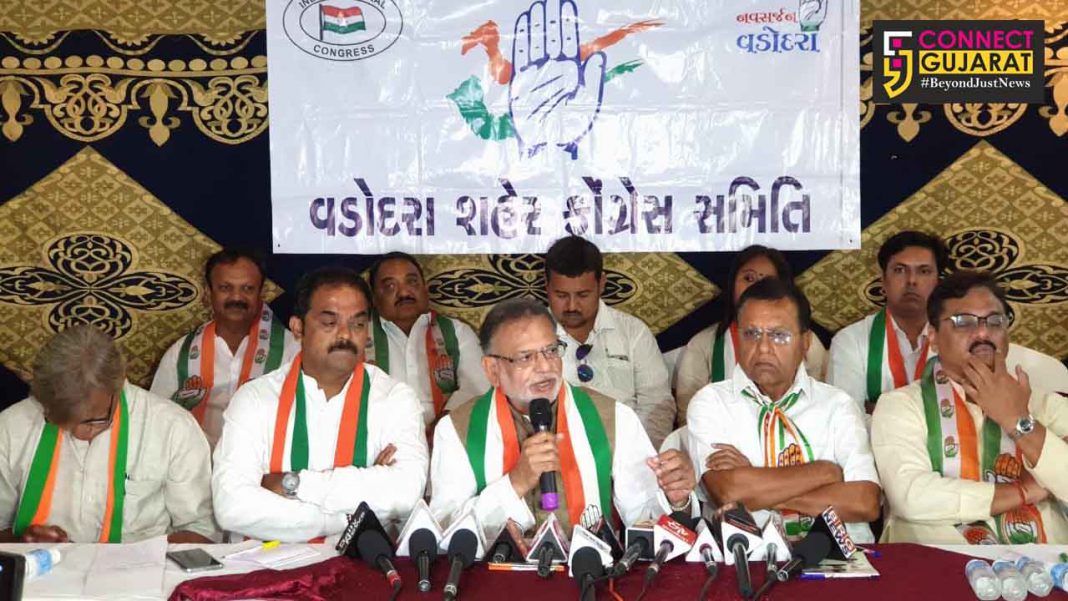 Former Congress president Siddharth Patel said Congress is not in favour of removing 370 and 35(A) in Jammu and Kashmir as it will lead to serious conditions in the country.  He said the BJP is misleading the people of India by removing the article. He also attacked them for failed in their promises for providing jobs to unemployed and not talking about them in their election manifesto.

Congress release it’s manifesto for the Loksabha elections and reviewing the same in Vadodara on Tuesday. Briefing the media Siddharth Patel said BJP manifesto is just the old one and nothing is discussed about the unemployment and the situation of unemployed youths in the country. The manifesto talks about nationalism but not the basic issues of the people.

About the Congress manifesto he said the party will implement the promises as soon as it comes to power. In Punjab,  Karnataka,  Chhatisgarh,  Madhya Pradesh, Rajasthan the party starting implement their promises. As soon as Congress comes to power it will make changes in the GST and works in favour of education,  health,  employment and farmers.