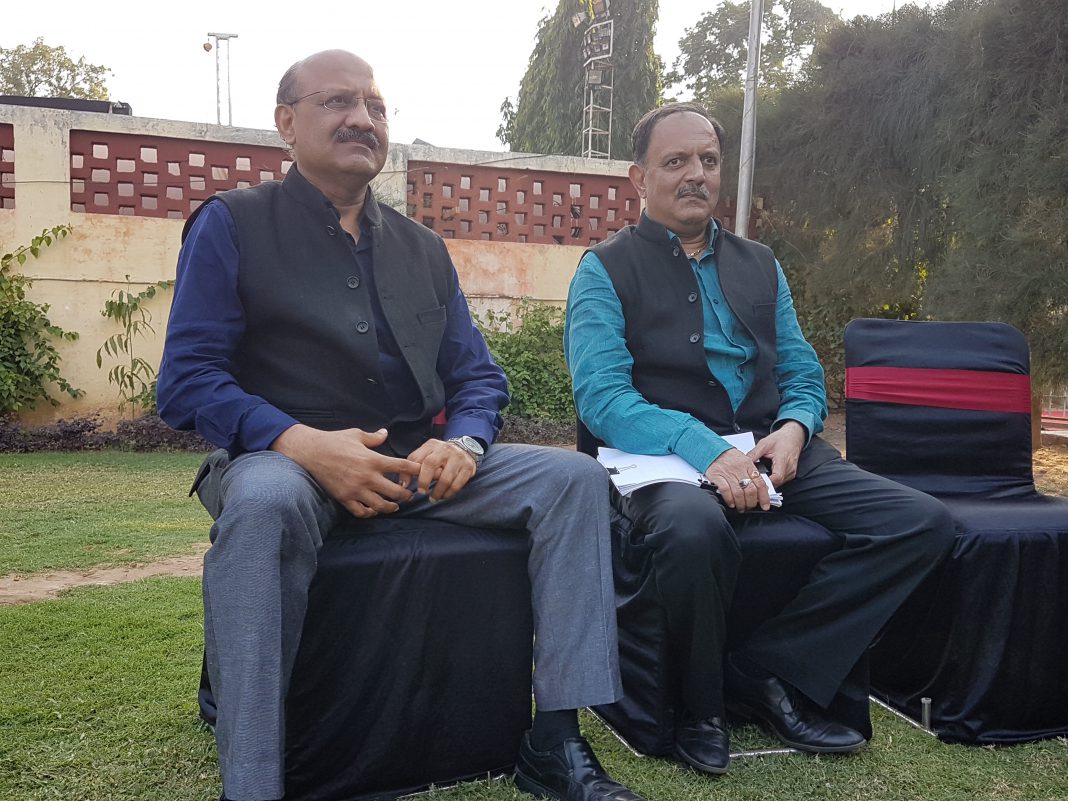 The critically acclaimed musical duo of Gujarati Sugam Sangeet origin, Shyamal and Saumil Munshi is now ready to open their own academy to prepare the next crop of musicians and singers. The duo is also planning to start a band with an aim to get along with the present trend.

The duo was in Vadodara for a private function and shared their views on the present music scenario and get along with the changing trend. They said music is the prime focus but they want to be with time and pass on the tradition specially to the youth.

“Classical music will be basic and foundation for us and we are now passing on the knowledge to the next generation. We start a project called ‘Pradaan’ and under it we are planning to open our own academy in Gujarat. Primarily we target major cities like Ahmedabad, Vadodara, Rajkot, Surat for the academy and primarily focus on practical grooming of the students,” said Shyamal and Saumil Munshi collectively.

Speaking further they said the music is now changing due to digitisation which is risky. “Digitisation make the music easily accessible to everyone with a single click. But it’s risky and less meaningful as the knowledge is less. Earlier for a performance we use to practice hard on original instruments for hours to make it perfect,” said the duo.

The duo said change is the demand of today and they are also try to make changes in their performance and actions. Starting with they will open their own music academy followed by the performance band. The idea is to target the youth and make them understand the Indian Classical Music.

This dedicated pair who believes in the mission of ‘music, for all, forever’ have been working towards their goal for last 37 years.

In this 37 years of exciting journey of tunes and words and its synchronized harmony, Shyamal, Saumil and Aarti have set newer milestones in the. world of music. They have entertained music lovers across many countries across the 7 seas with their creative and varied forms of musical treat.

For their dedicated and melodious contributions to the world of Gujarati Music, the trio has been awarded with the prestigious “Gaurav Puraskar” by the Government of Gujarat.

Shyamal Saumil Munshi have also developed a platform called SWAR-SETU for the lovers of Sugam Sangeet and for the avid lovers of Music. This dynamic platform has presented around more than 91 theme based entertainment programs till date. For last 17 years the music lovers of Ahmedabad have enjoyed the melodious programs of SwarSetu to their heart’s content.

For last 7 years, Shyamal and Saumil have dedicatedly and passionately developed a news digest dedicated to the field of Art, Culture and Music called SWAR SETU NEWS DIGEST.Over the years this news digest has become a wonderful neutral platform to highlight the contrbutions and work profile of many talented artists of varied fields and Industries and it also highlights many cultural and artistic work which is happening in country and across the globe.

With an honest attempt to enrich and protect the identity and future of our Mother tongue, the Munshi brothers who are a Gujarati Musician family also formed Wonder Waves Entertainment Private Limited. This entertainment company has conceptualized many interesting products in categories across CHANCHAL, SHEETAL, NIRMAL and KOMAL for reaching out to different age groups. With changing times, every category wants to listen to contemporary music and keeping that in mind some wonderful albums like Hastakshar, Meghdhanush, Morpicchh were introduced which became very renowned.