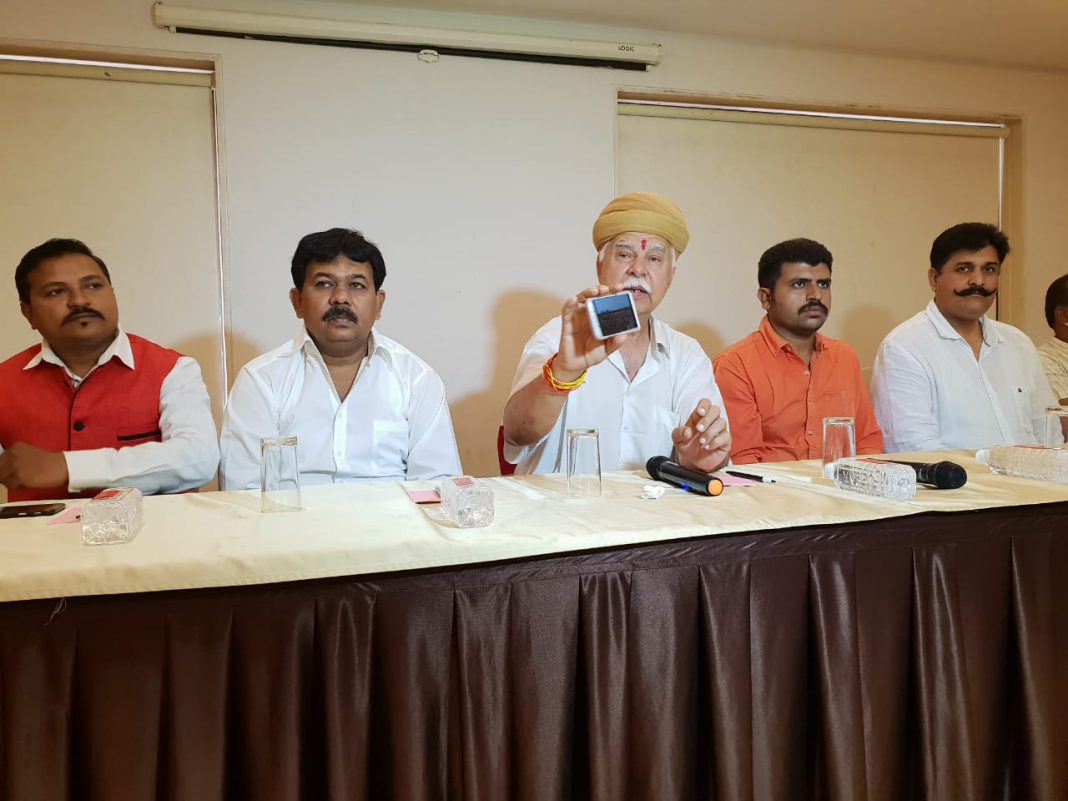 Not fight the elections directly

Shree Rajput Karni Sena jumped into the election bandwagon and extend their support to the party listening to their demands. However none of their members will be actively taking part in elections but they shows their strength to make the difference in the upcoming assembly elections in Rajasthan and Madhya Pradesh.

Lokendrasingh ji kalvi founder of Shree Rajput Karni Sena during a visit to Vadodara raised their two demands of is “Reservation ” and SC/ST Act as their prime agenda in the upcoming elections in the two states. He strongly said the sena will support the party listening to their demands.

“We are coming up with two points of reservation and the changes done in the SC ST act. We extend our support to the party listening to our demands and organise big meetings in the state of Rajasthan and MP to gather the support. None of our member will directly fight elections but support the parties,” said Kalvi.

He said to be have about more than 12 lakh supporters with I cards and has a good strength in the states of Gujarat and adjoining others. After the show of strength during the protest of film Padmavati in Gujarat it is now the time to show it before the assembly elections.