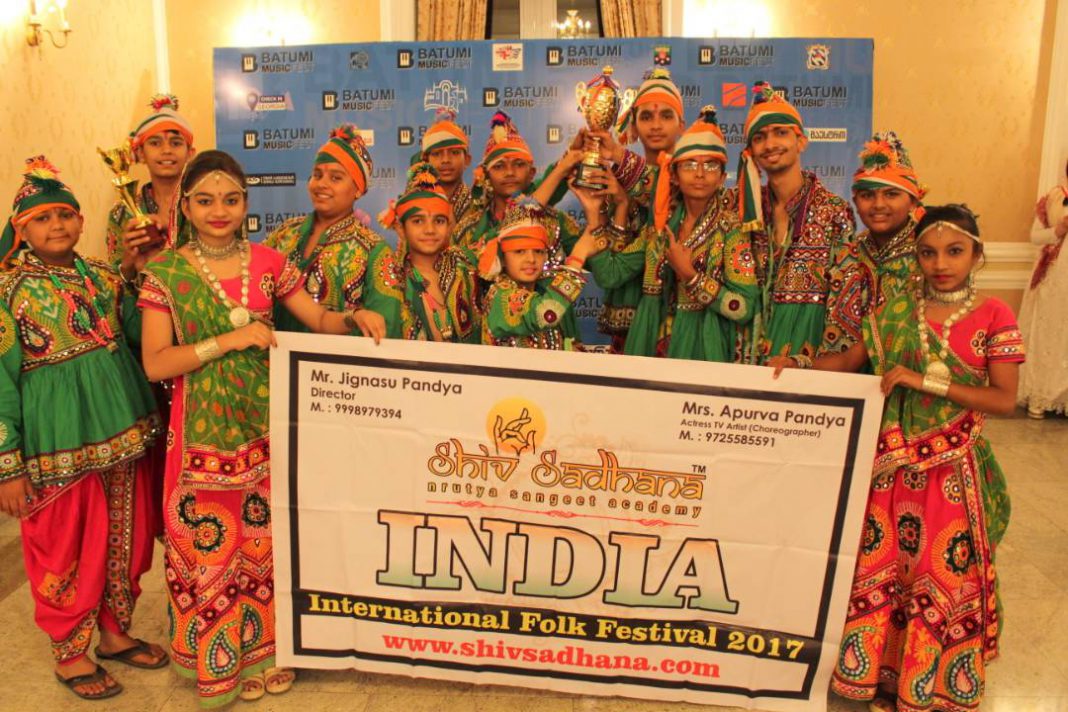 Shiv Sadhana Nrutya Sangeet Academy from Vadodara bring laurels to the city and India after winning the International Folk festival in Georgia. The team went through many problems during their journey but at the end fight all the odds to win the crown second year in trot.

The performers from the academy went to Georgia and is the only one from Gujarat along with the group from Delhi. The students of Shiv Sadhana Nrutya Academy performed the traditional Garba and won the first prize among the participants from 20 countries. The academy won the prize second year in a trot and bring laurels to the country and the state.

“There are 450 international and 1600 local participants in the Golden Dolfin Festival where 20 countries took part. It was very tough competition as the participants were well prepared and eager to showcase their culture before the jury internationally. We are from Gujarat and prepared seven different performances for the festival but the traditional Prachin Garba performance wins us the award. The students of our academy sings, playing instruments and then present ‘Mishra Raas’ which impressed the jury,” said Jignashu Pandya director Shiv Sadhana Nrutya Sangeet Academy.

The criteria for which the participants were judged are costumes, expressions, singing, dancing and discipline. The team from Gujarat had a tough time to beat the participants from the 20 countries in the festival. “We are 14 member team from the age group of 10 to 14yrs and put in lots of effort for the international festival. We practiced for three months before the show and also four hours at the venue before the stage performance. It’s a proud moment for us that we perform our Gujarati culture at the international platform and it was equally appreciated by the jury. Our team won the first prize in Folk Orchestra and second prize in Best Choreography in the festival,” said Pandya.

However the road to the sweet success is not easy for the students of the academy as they became victims of strict security checks at the airports. The young ones sometimes feared that they might be deporting back home but the director of the academy make sure to clear the security hurdles and won the title there.

“My team was in positive mood but the security checks at airports in India and abroad makes them disheartened. First at Ahmedabad the security checked us and inquired about the passports and specially the minor ones in our group. But I have all the documents including the NOC from the parents and other necessary ones for the security check at airport. The same continues in Sharjah and Tiblisi and every time I had to convince the on duty security staff. They are inquiring mostly about the minors as in view of child trafficking and others like refugee and terrorism. Every time my heart popped inside my mouth due to the strict questioning but I had all the documents and moreover communicate with them in English to convince,” said Pandya.

After winning the title the same group when reached Ahmedabad airport was welcomed by the same security personnel and he even clicked a selfie with them. Jignashu Pandya said the moment was moral victory for them.