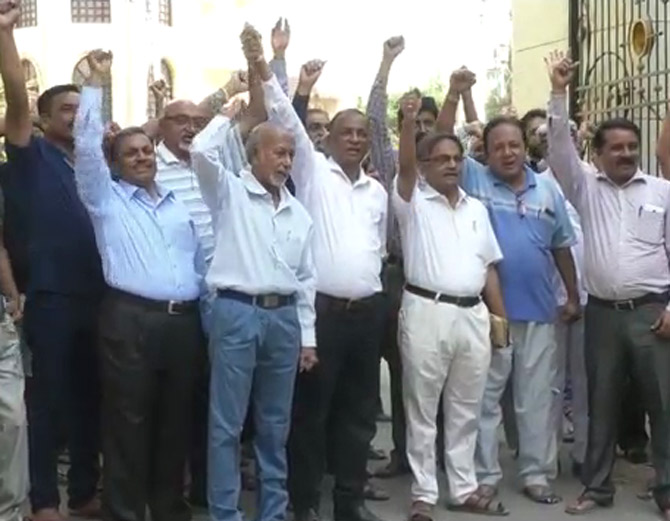 Residents of Shilalekh society in Vadodara raised their protest against the Bullet train project after the railway officials visit their society yesterday for a survey. All the residents including people residing nearby staged their protest and shouting slogans against the officials and the ongoing survey. They threaten for aggressive protest in coming days if the work doesn’t stop immediately.

Shilalekh society behind the Vadodara railway station is having 79 duplex bunglows and 42 flats along with 20 other flats in Shilalekh B. Behind that there is more than 150 hutments where people live for years. On Saturday the survey agency working for Bullet train project went inside the society and start surveying without any prior information to the residents. While asking the officials they said they have orders from top and in future they have to leave the place.

A local resident Nikhil Koreya said they are living in the society for the last 14 years and on Saturday the railway officials suddenly arrived their without any prior notice to them. The administration assured that no society will be affected in the project but now we are in tension after the railway officials visit their society for the survey. He said they pay taxes for years and all have proper receipts with them.

Another resident Manish Patel said that the hutments behind the society are about 40 years ols and 150 families live there for years. However the action by the railway officials on Saturday sends tensions in their minds.