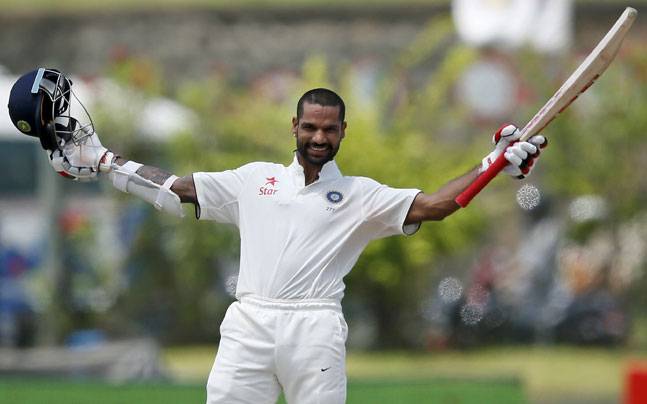 ICC Championship’s most run-getter Shikhar Dhawan has been named as replacement for Murali Vijay in the squad for Test series in Sri Lanka starting July 26. The Virat Kohli-led Team India departs for a full-fledged tour consisting three Tests, five ODIs and a one-off T20 International on July 19.

“The All-India Senior Selection Committee on Monday named Shikhar Dhawan as the replacement for injured Murali Vijay in the Test team, which is scheduled to travel to Sri Lanka for a three-match Test series,” a BCCI press release stated.

Dhawan, who played his last Test in October against New Zealand, has been in top form of  late and ended the ICC Champions Trophy in England and Wales as the leading run-getter. Dhawan cracked 338 runs from five matches with the help of one century and two fifties at the elite tournament.