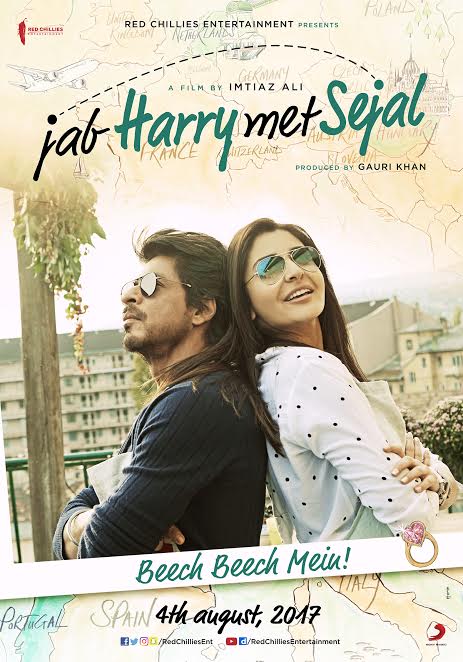 The third poster of the film ‘Jab Harry Met Sejal’ showcase another layer of personalities of Harry and Sejal to the audience. Both of them are seen in entertaining mood in the poster.

Recently audience saw a different look of Shahrukh and Anushka in the song ‘Beech Beech Main’ released by Shahrukh, Anushka and Imtiyaz Ali. Both the stars are enjoying inside a club. There are lots of examples in the film showing meeting of Harry and Sejal. At the end both of them pose with goggles.

The character of Harry and Sejal receives lots of love from the audience presented before them in the form of Mini Trails. The songs ‘Radha’ and ‘Beech Beech Main’ already made their place inside the hearts of the people.

The story of the film is revolving around a Punjabi guide and Gujarati girl. The film will release on 4th August 2017.