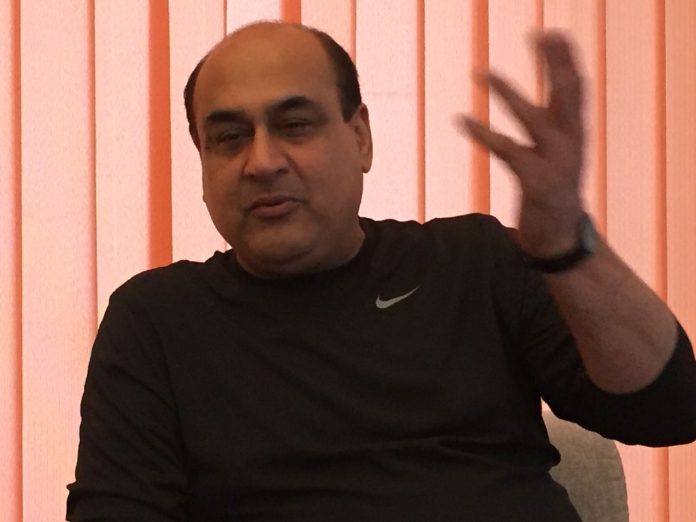 “After 37 years of his death the legendary singer is still inside the hearts of his fans and his legacy is spreading day by day. On his death anniversary the whole world remembers him and a I recently received a whatsapp message which says that in the month of July there is about more than 6000 programmes on Mohammad Rafi all across the world,” said Shahid Rafi son of the legendary singer on his visit to the cultural city of Vadodara.

Shahid is taking forward his father’s legacy but he feels that his fans remember him every time. “We are remembering the legendary singer on his death anniversary on 31st July but he is always inside in the hearts of his fans. He is such a down to earth and humble person that people not only remembers him as a legendary singer but also a great human being,” said Shahid.

He said that he is lucky to be having a father like him who taught him very important lessons in life. “We are privileged to be children of Rafi Saab as his name is enough for others to recognise us. I am lucky to have such a great father who is not only a good singer but also a great human being. He is very down to earth and always told us to look down when you walk or else fall down. He was a family man and never socialising. Whenever he gets time he spent it with the family and plays his favourite games like Carrom, Kite Flying, Badminton with his children. I always pray to god for such a great father and wish to have in every life,” said Shahid.

He said Rafi saab was strict when it is about their children and never allowed them to visit to his recording. “As i grew up listening to the songs of my father and also have the passion of singing but never tried to ask him in front. He never wants his children to get in the industry and never took us in their recordings. He always want that the who is better them him should come in the industry. He always treat his children like a father figure and we never get the idea of his stature till he lived. It was when he died we came to know that how much a great personality he was and still is,” said Shahid.

Shahid still remembers how his father practiced for his singing and input his soul in his songs which became pearls. However he also said that his grandfather was against his singing but it was his dedication that he starts his journey and became a legend all across the world.

“My grandfather is against the singing of my father and there was no discussion regarding the same inside our home. My father went into singing due to a ‘Fakir’ who went passed everyday from near their house. My father used to follow him and listen what the Fakir was humming. The fakir one day asked him why he flowed him and his father said his voice enter inside his heart. That is the day my father started singing in spite of the strict warning of my grandfather. But my grandmother gives her blessings to Rafi saab and later the whole family accept him,” said Shahid.

About today’s singers he said that there are good singers now also but there is a difference between them. “There are good singers now but there is lots of difference between the one now and then. In the era when singers like Mohammad Rafi, Kishor Kumar, Mukesh, Manna De, talat Mehmood and many more who input their soul in the songs and practiced for days to record a single song. However now the singers are from new generation and the western influence is there in the songs. But still today the songs of his father’s era is the most listen ones which is a proud moment for him,” said Shahid.