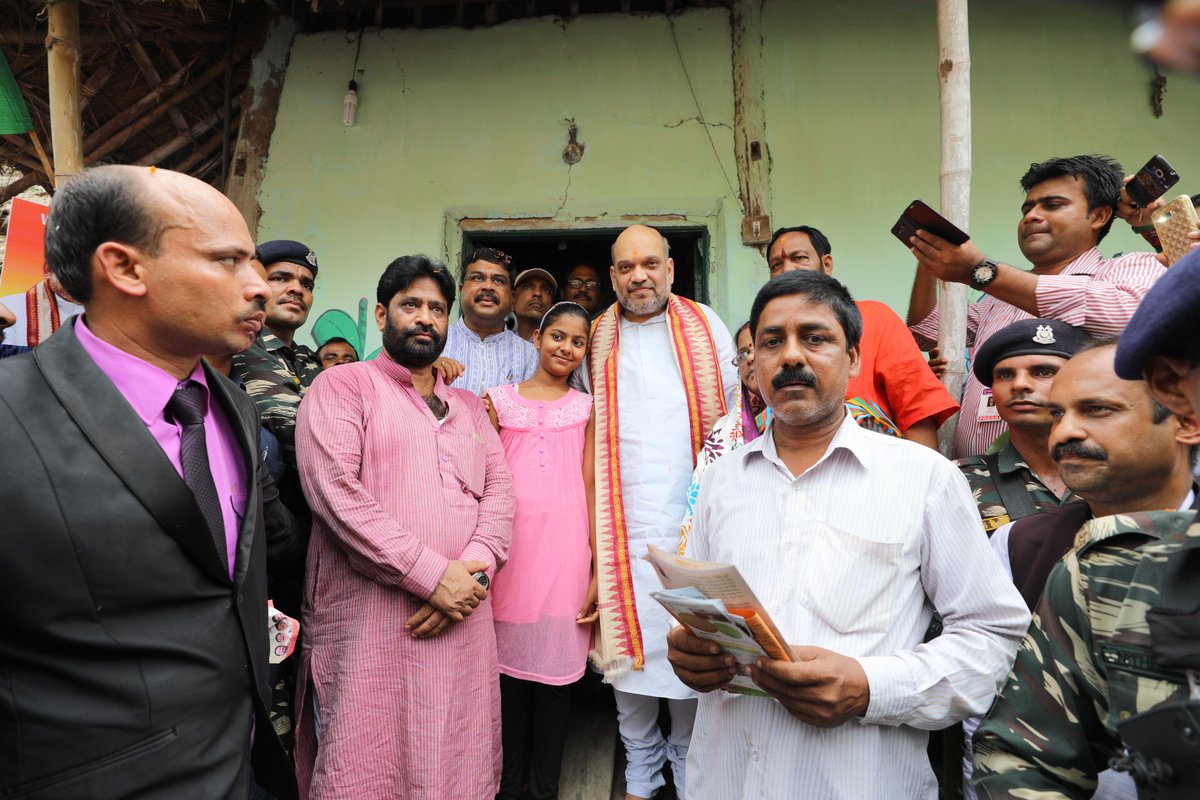 BJP national president Amit Shah, who is on a three-day visit to Odisha, on Wednesday went on a door-to-door campaign in Jajpur district along with other ministers. 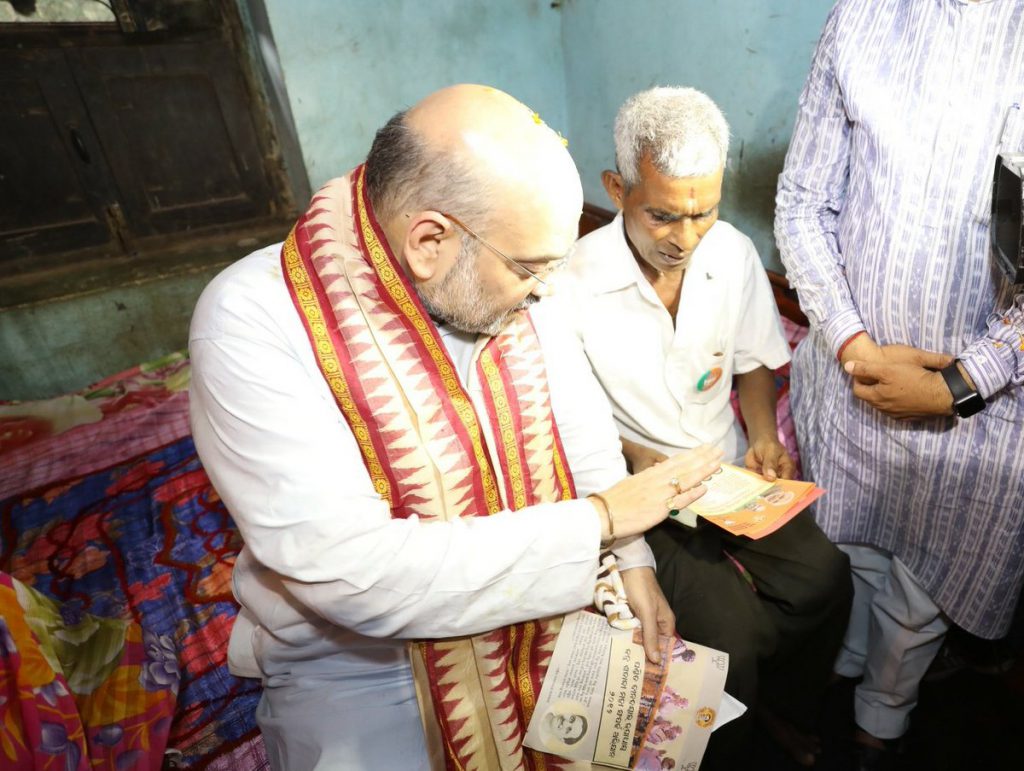 As part of “Mo Booth Sabuthu Majboot (My Booth is the Strongest)” programme, the BJP president is later scheduled to address a meeting of party workers at Panikoili. 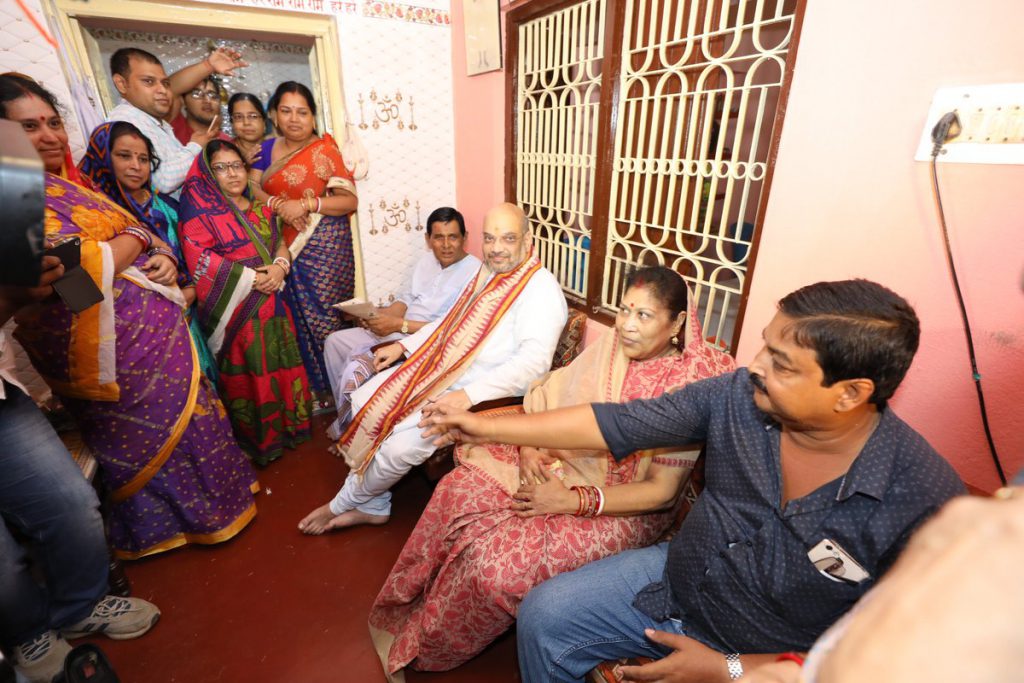 “Visited the Biraja Temple in Jajpur, Odisha, and took blessings of Maa Durga." 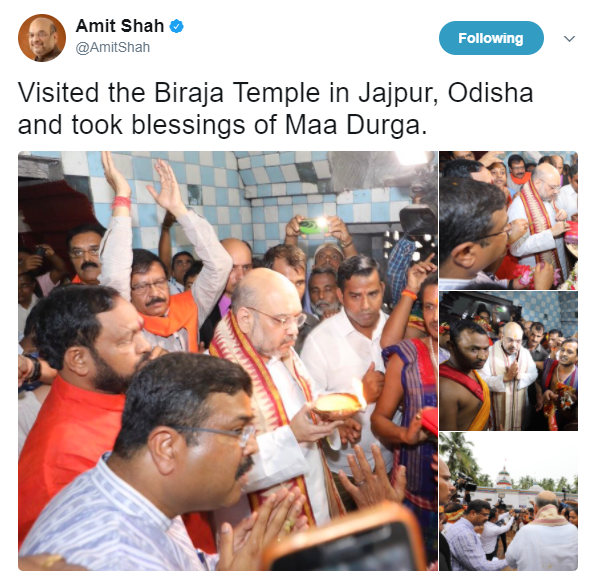 “Same energy and enthusiasm among people at different places in Odisha. People of Odisha yearning for change.” 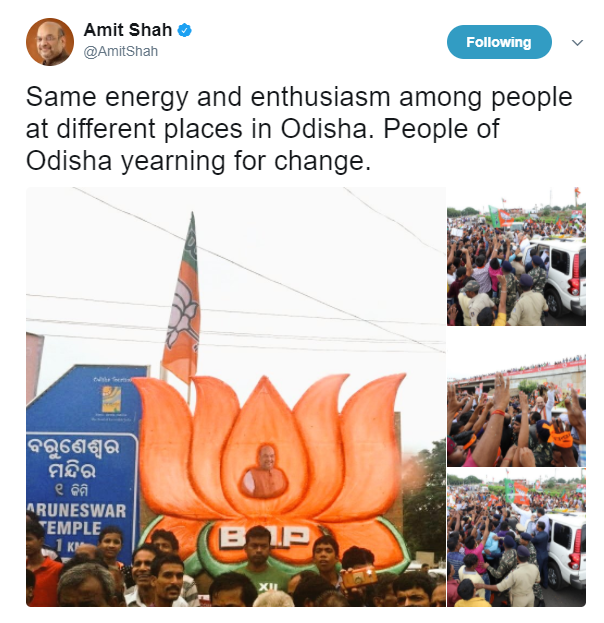