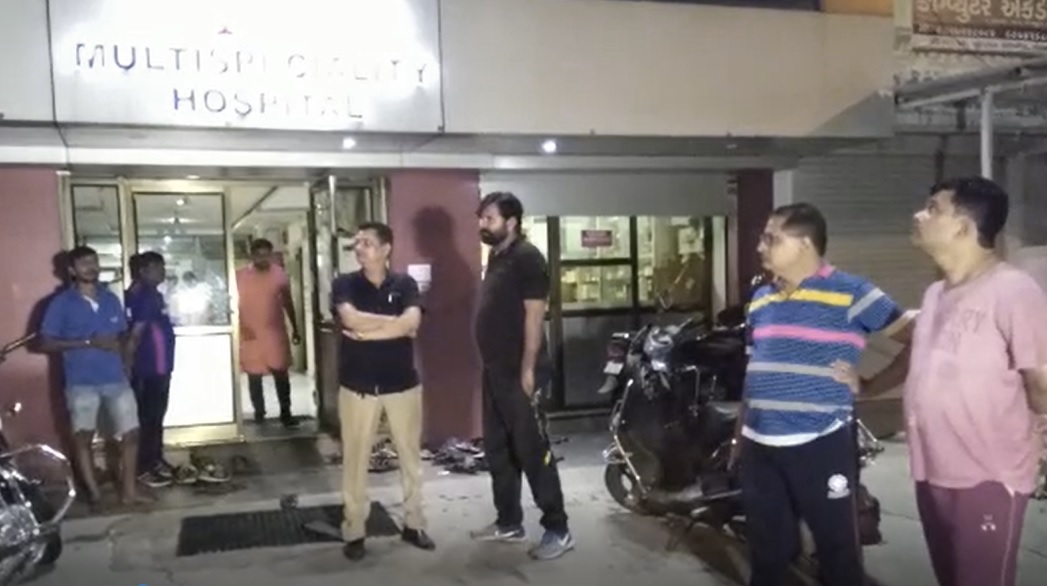 All admitted in private hospital for treatment

Seven youths from Satyam Yuvak Mandal at Gorwa Refinery road electrocuted after they came in contact with the DJ lighting stand. The electricity flows down inside the stand and the youth were electrocuted after touching it. They all the getting treatment in private hospital.

As per the details the youths of Satyam Yuvak Mandal went out for the Ganesh Visarjan along with the DJ system. To make the system more appealing their prepare a iron angles stand for the lighting.

As they took out the procession suddenly Ashish Thakkar, Kishan Patel and other five youths get electrocuted after electricity flows into the iron lighting stand. The impact was such that they were thrown from there to the ground.

The situation get tense and all the injured youths were immediately taken to the private hospital from treatment. Ashish Thakkar and Kishan Patel received serious injuries in the incident.

The incident shocked the other youths in the procession and they later head with the visarjan in a simple way.