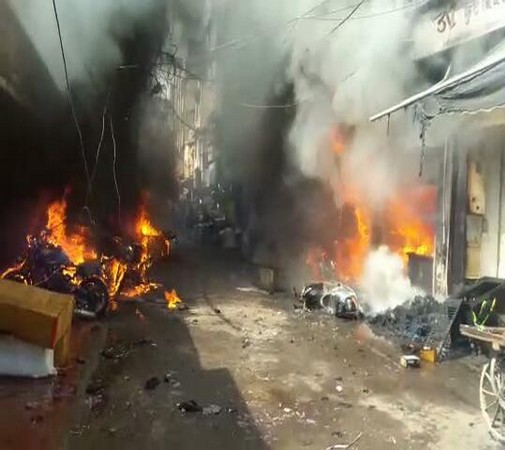 At least seven persons were killed in a blaze in a firecracker shop here in Madhya Pradesh, police said on Wednesday.

A short circuit in the shop in Ranipur area on Tuesday afternoon sparked the fire that gutted six other shops too.

Chief Minister Shivraj Singh Chouhan announced ex gratia of Rs 2 lakh each to the families of the dead.