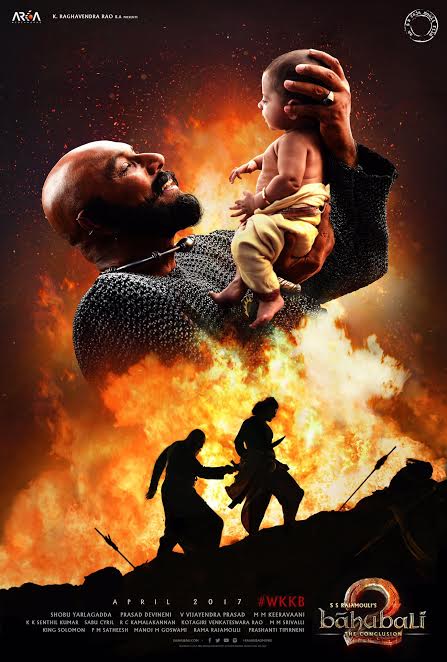 S.S. Rajamauli is specially paying attention during the editing and make sure that no one remains present there other then the editing team. Not only that editing team is under surveillance through CCTV cameras and while going out they were checked before leaving the office. After the checking they were allowed to go outside the building. There are instances when the editing team has to be in the office for the whole day in editing. S.S. Rajamauli is personally looking after the editing work and spends time with the editing team as much possible. In view of the security of the film the actors were also instructed not to reveal or share any details about the film to their family members.

The trailer of the film is trending on internet and is the most watched in India till date. The people as well as the critics appreciates the movie and is the most awaited one. The first part was super hit and broke box office records and now the second part is promise to deliver more action.

On 10th July 2015 the first part Bahubali The Beginning was released and since then the question and the suspense about Why Katappa Killed bahubali is intact. The second part is about to release shortly and S.S. Rajamauli is still keeping the secret intact and as it is.

The film is produced by ARKA Entertainment and directed by S.S. Rajamauli with Rana Daggubatti, Tamanna Bhatiya, Anushka Shetty and Satyaraj in lead roles. Prabhas will also make his presence felt in the film. The film will release on 28th April in cinemas.