Aamir Khan Productions is all set to present another interesting tale with their upcoming film ‘Secret Superstar’. The trailer of the film was launched at an event in Mumbai today.

Secret Superstar is a story of a girl who dreams big to be a singer but is held by the pressure of her family, therefore, secretly reaches her audience on Youtube. The role of the aspiring singer Insia is played by the Dangal fame Zaira Wasim.

The trailer is however not yet available on public domain, a special preview was held for the media.

The event was graced by the presence of Aamir Khan, Kiran Rao, Zaira Wasim, director Advait Chandan and Sujay Kutty. 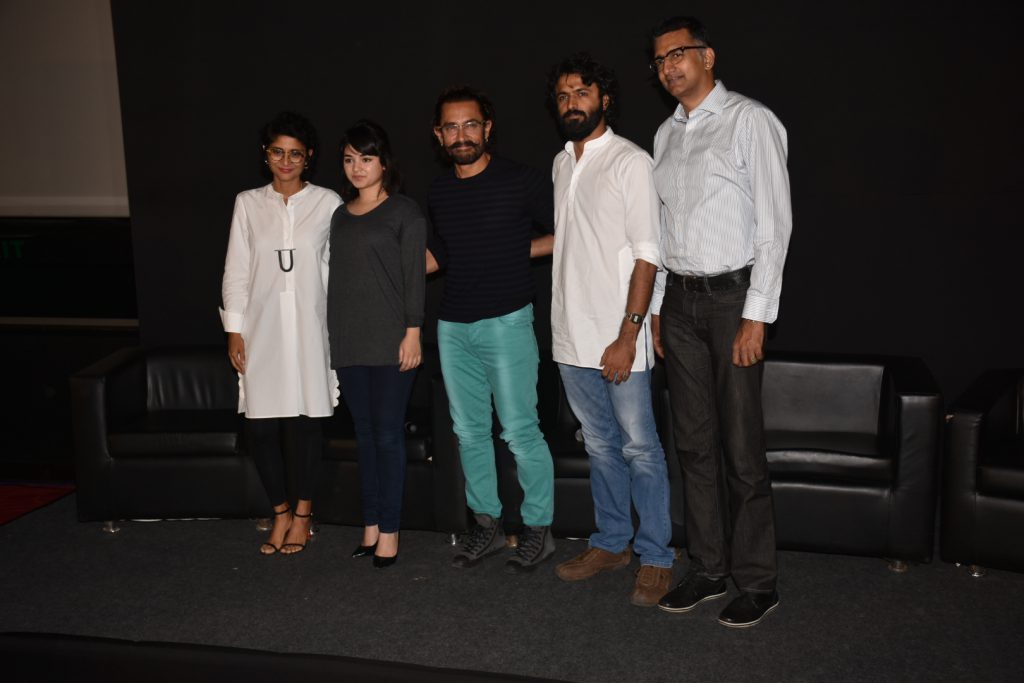 The Dangal duo Aamir Khan and Zaira Wasim come back together for the film.

The Superstar treated the audience by singing his superhit song ‘Aati kya Khandala’ while Kiran Rao sang a Marathi song from the Paani foundation.

The team interacted with the media and the trailer of the film was shown.

Produced by Aamir Khan, Kiran Rao, Zee Studios and Akash Chawla, Secret Superstar is written and directed by Advait Chandan. The film is slated to release this Diwali.