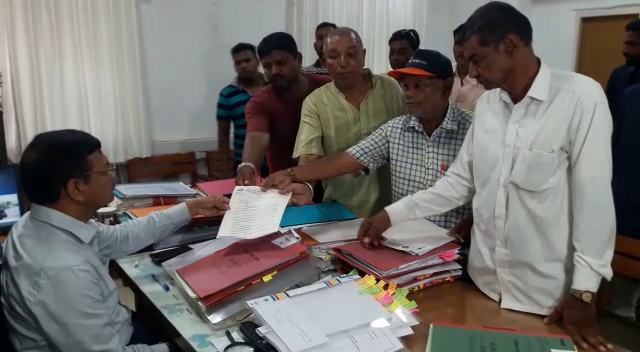 School van and school auto association gives a memorandum to the collector requesting to waive off the RTO rules regarding compulsory Commercial Passing for them. The association calls for two day strike in protest of the ruling and stay away from the school duties.

Vadodara Auto Rickshaw, Maruti van Pragati Union (ITUC), Vadodara Auto Rickshaw Union (ITUC) gives a memorandum to the collector regarding the commercial car passing issue. The RTO took strict action against the school vans after the Ahmedabad incident and detained them for not following the rules. They requested to waive them from the commercial passing as it will cost a lot.

Association leaders Jeevan Bharwad, Chandrakant Shah,  Majid Sheikh,  Vishal Pandit said the insurance for vans cost 22,000 and transfer will be extra 10,000 which makes a total of around 35,000 for them.  The costing is much for them and they demanded relaxation in the insurance and transfer fees from the RTO.  Moreover seven passengers are allowed inside every van but they demanded to increase the number to 14 in their memorandum.

They also threatened to intensify their agitation and went on indefinite strike if their demands are not resolved.