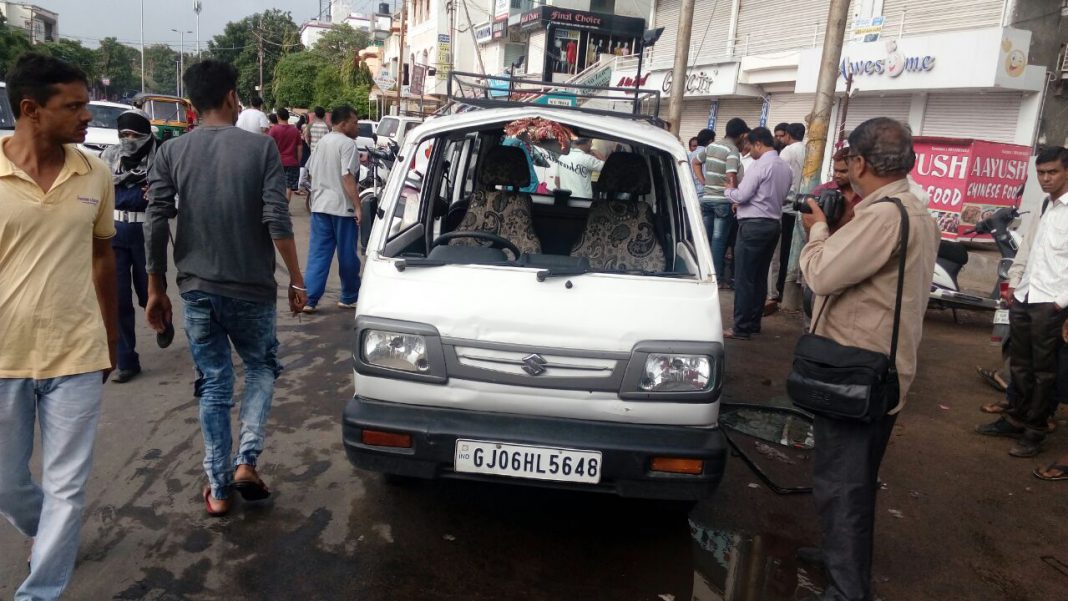 It’s a close shave for the students of Navrachna Vidyani school in Vadodara as they escaped with injuries after their school van turned turtle near Muktanand circle early morning on Monday. 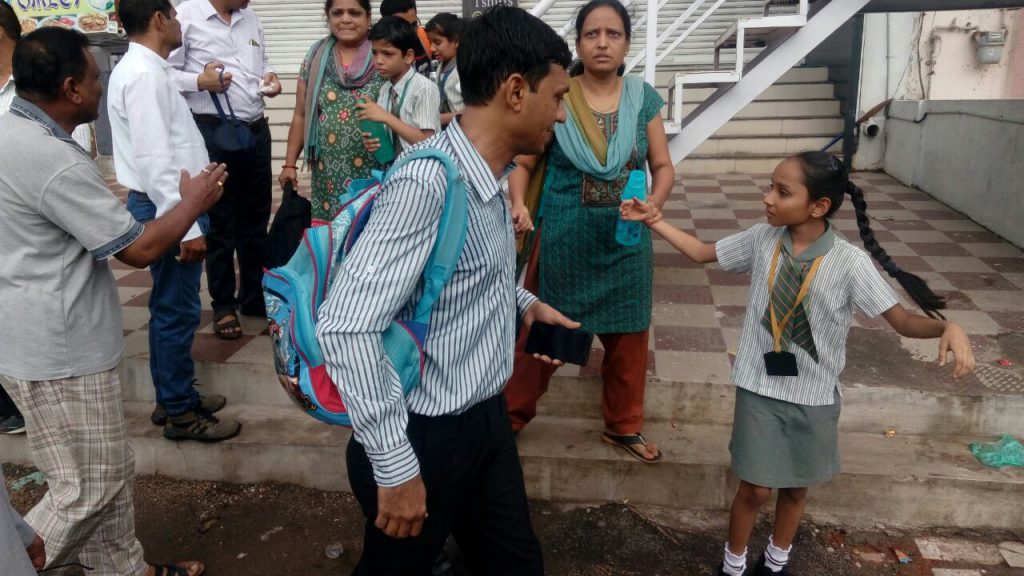 Fourteen students receive injuries after the van turned turtle and the people rushed to save them thrash the driver for rash driving. The parents after receiving the information rushed to the hospital to check their children. 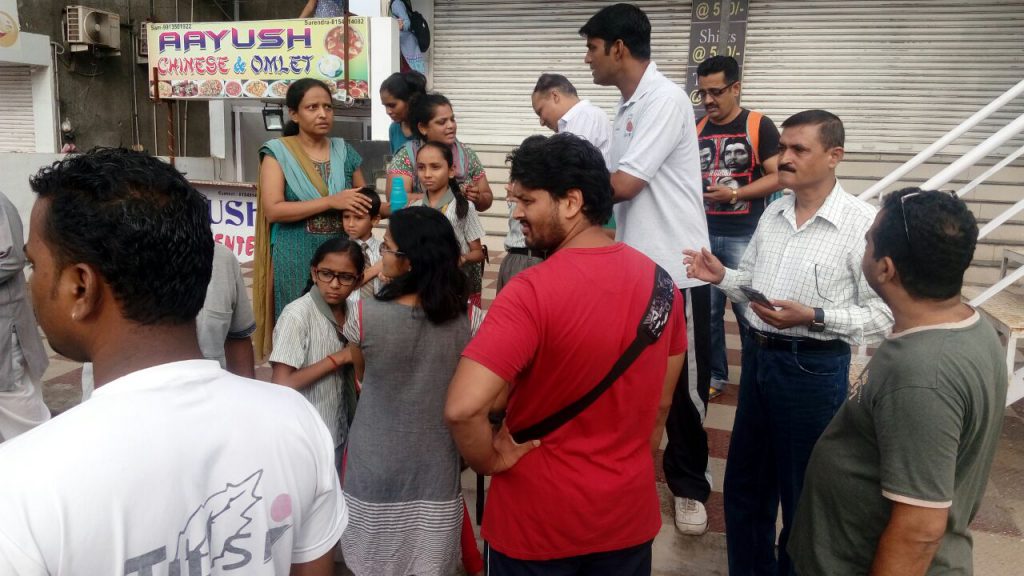 As per the details Mahendra Jadhav was driving the school van carrying 14 students of Vidyani school towards their school. When the van reached the Muktananad circle at Karelibaug area the van turned turtle. The locals said that the driver was taking the sharp cut without decrease the speed and that resulting in the van turned turtle. As the van met with the accident the students stuck inside shouted for help and the locals rushed to the spot to save them. 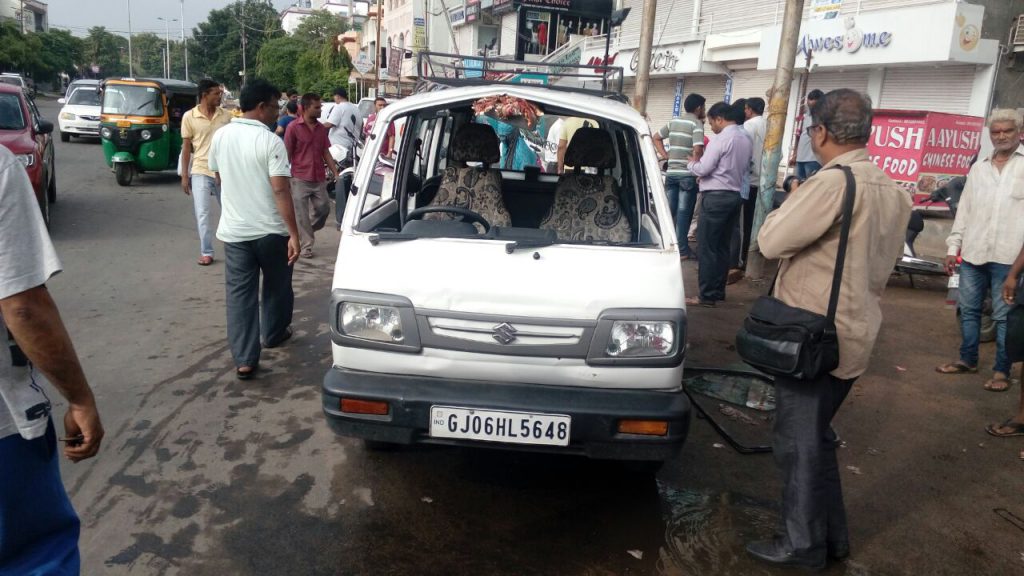 They then rescued the students from the van and rushed to the nearby private hospital where 8thstandard Ayushi Nayak 14, Janvi 13 and four others received more injuries in the incident. 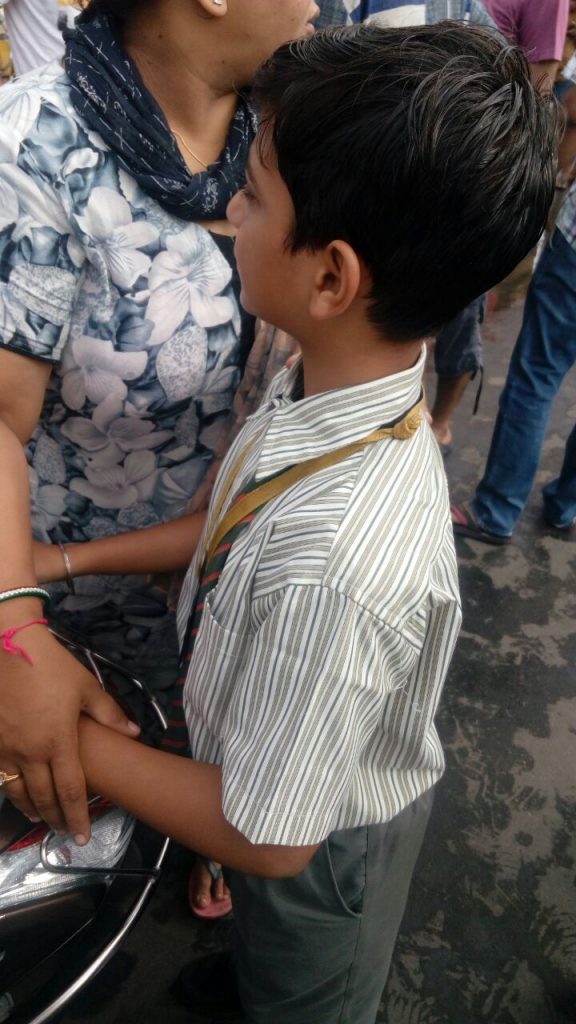 The incident really is a eye opener for the parents and specially the school authorities to keep a check on the school van drivers who often drive the school vans very rashly putting in the lives of the student in danger. Not only that the vans are overloaded and that is the real danger.