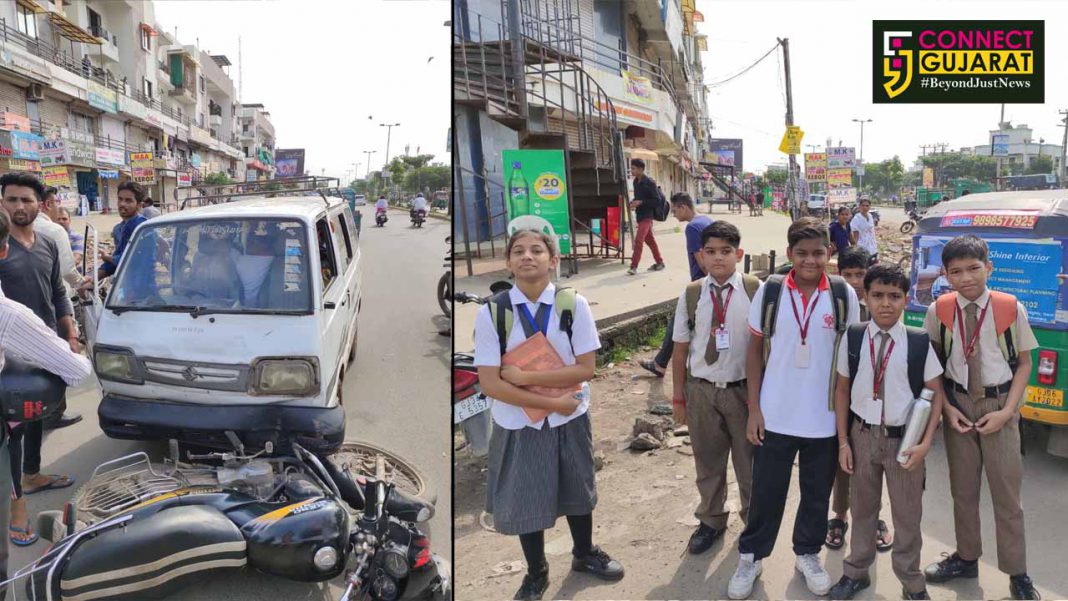 It’s a close shave for the school students in Vadodara as their school van coming on wrong side collided with Activa rider. The children inside was unhurt but the two wheeler rider received injuries after the accident. The van driver fled from the spot after the saw people rushing towards the vehicle.

The van carrying students from Ambe school (Waghodia road) met with an accident with an Activa rider near Waghodia D Mart. The van was coming from wrong side and dashed with the Activa rider.

As the accident happened the students shouted for help and rescued by people rushed to them. The Activa rider received injuries and the get the helping hand from the people. The parents also rushed the spot after the message and had a sigh of relief after found their children safe. Some of them took their children to home and others to the school on their own.

As per details the school van driver fled from the spot after the accident left behind the vehicle. As per locals as they checked they don’t found any documents, PUC, Licence from inside the van and informed the Panigate police.

It is to mentioned that three months earlier city Traffic department conduct strict checking against school Vans and also detained some of them. With the protest by school van drivers the drive was ease by the police and the vans are running carelessly putting the life of children at stake.