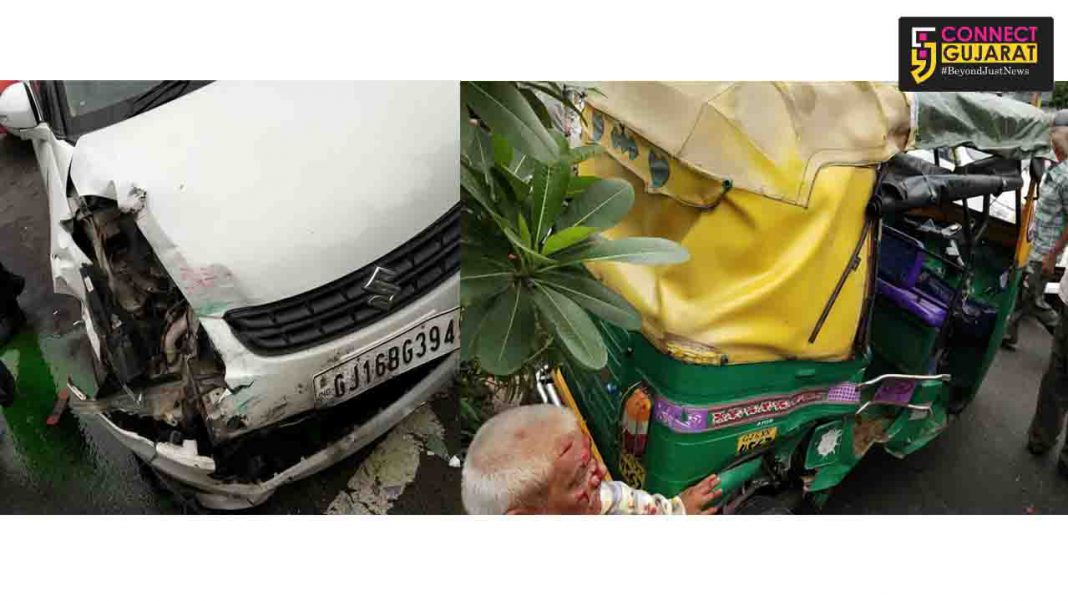 Four to five school children got injured after their auto rickshaw was knocked down by speeding car in Vadodara. The school rickshaw turned turtle after the impact and the children along with the driver got injured.

The incident happened on Gotri road in the city when as per the details a speeding car knocked the school auto rickshaw early in the morning. The rickshaw carries school students Anand Vidya Vihar when the car dashed it. Due to the impact the rickshaw turned turtle and the children sitting inside along with the driver received injuries.

After the accident people rushed to the spot and rescued the children. Parents also reached there after they were informed and took their children to the hospital for treatment. The parents demand strict action against the accused.