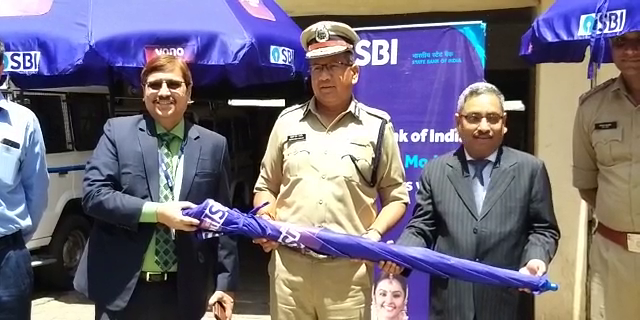 As part of their CSR activities State Bank of India (SBI) donate 100 umbrellas to the Vadodara police department to protect the on duty jawans from scorching heat. The umbrellas will be put all across the city at various points.

The city is burning under nearly 42degrees for the last many days and there seems to be no respite from it in coming days. The police and traffic jawans perform their duties in such scorching heat and to give them some respite the umbrellas are donated to them.

SBI handover 100 umbrellas to the police commissioner Anupam Sinh Gahlaut and promised to give more in coming days. The umbrellas will be put at around 40 traffic junctions and will give respite to the jawans as well as to the general public.