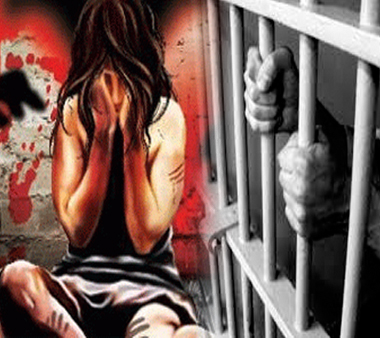 Savli Sessions court awarded life imprisonment to the neighbour for raping a 11 year old girl in Sangadol village in Waghodia. The accused lured the girl by offering a banana and rape her near the well.

The incident happened on 21st August 2016 in Sandadol village where the victim went out with her two sisters to purchase refreshments from the shop. The accused took the victim to nearby field by luring her and raped her. Early morning next day he took her in a three wheel rickshaw far away from the place.

Waghodia police based on the complaint arrested the accused Firoz Shantilal Pathan along with the victim girl and case was registered against him. On 27th December 2018 Savli Sessions court issued the order of life imprisonment to the accused Firoz Pathan and 5000 penalty. The court also order 2000 fine for kidnapping the girl keeping in mind the presentation of the case by the public prosecutor H.B. Chauhan.

Savli additional District and Sessions judge states in his order about not to let lose such accused and life imprisonment is not enough for them.