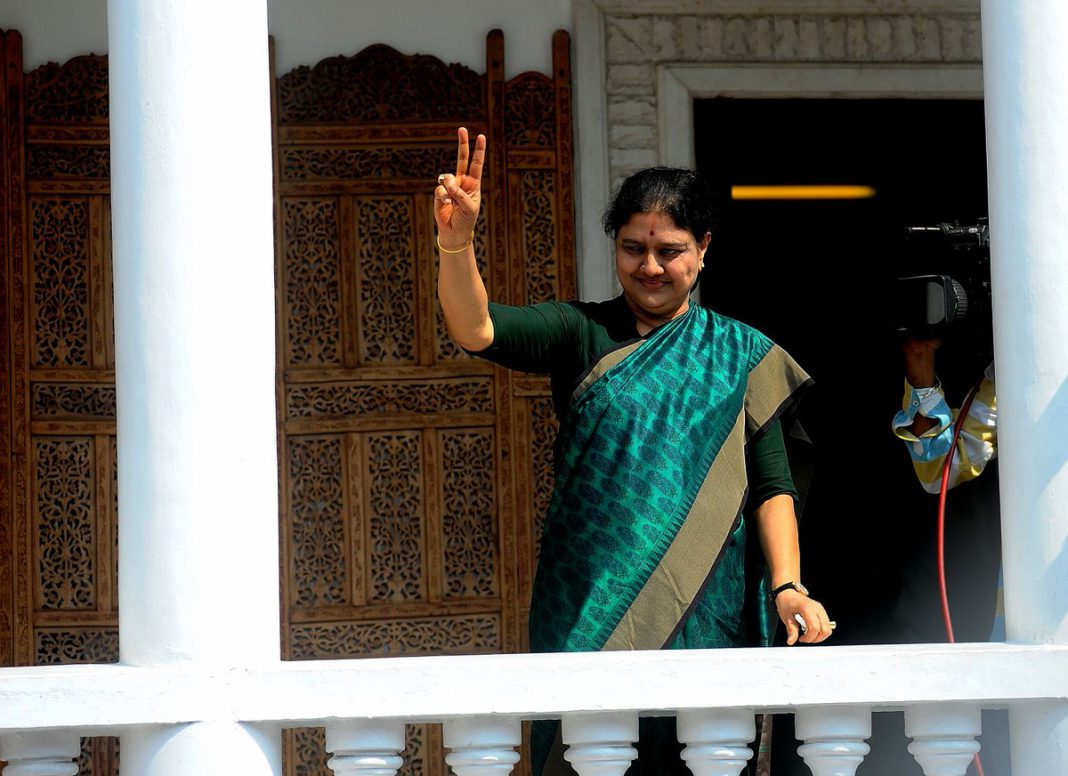 Addressing the legislators, the 59-year old Sasikala, a long-time confidante of the late J. Jayalalithaa, said outgoing Chief Minister O. Panneerselvam had pressed her to head the government.

It was also Panneerselvam, who succeeded Jayalalithaa after her death in December, who insisted that she first become the AIADMK chief too, she said.

Sasikala made it clear that the Tamil Nadu government would follow the footsteps of Jayalalithaa.

According to AIADMK sources, Sasikala’s name as the legislature party leader was proposed by Panneerselvam and seconded by other MLAs.

She belongs to the Thevar community, which has a dominant say in the AIADMK.

Despite being close to Jayalalithaa, Sasikala maintained a low profile in the public but was actively involved in managing the party affairs.

Her progress towards the party’s and the government’s top posts appeared natural once the iconic Jayalalithaa left the AIADMK minus a strong leader.

Born in 1957 in Thiruthuraipoondi, about 330 km from Chennai, Sasikala was married to M. Natarajan, a Public Relations Officer with the Tamil Nadu government.

In the 1980s, Natarajan requested then South Arcot district Collector V.S. Chandralekha to introduce Sasikala to Jayalalithaa, then the AIADMK Propaganda Secretary.

With Jayalalithaa finding Sasikala’s work satisfactory, they graduated to becoming friends. After a while, Sasikala moved into the Poes Garden residence of Jayalalithaa in the heart of Chennai.

Sasikala slowly established her hold at Poes Garden by bringing in people whom she trusted.

Jayalalithaa publicly called Sasikala a sister not related by blood.

But their relationship turned sour in 2011 and Jayalalithaa threw out Sasikala and her family members from her residence. But they later patched up, ensuring Sasikala’s return to the AIADMK.

Earlier on Sunday, Panneerselvam and other ministers met Sasikala at the Poes Garden residence of Jayalalithaa where Sasikala continues to live.

The meeting of the legislators was called at short notice, a day after Sasikala named some ex-ministers and others who had been earlier shunted out by Jayalalithaa to various party posts.

She also reached out to all those who were seen as a threat to her and placated them before becoming the party General Secretary.

Janaki Ramachandran was succeeded by Jayalalithaa, who in May last year led the AIADMK to another victory in assembly elections.